In my day job, I am a hydrogeologist. I work for a consulting firm in Tacoma, Washington. We put in a lot of drinking water wells throughout Washington State. On a recent well drilling project for the City of Sumner, we found something rather unusual – deposits from an ancient beach at a depth of 464 feet below land surface (several hundred feet below sea level). One of  my colleagues will be discussing these deposits at the Washington State Hydrogeologic Symposium, which is being held this week in Tacoma. For his presentation, he asked me to take some photographs of one of the shells and some wood found in these beach deposits. Those photographs are included here. 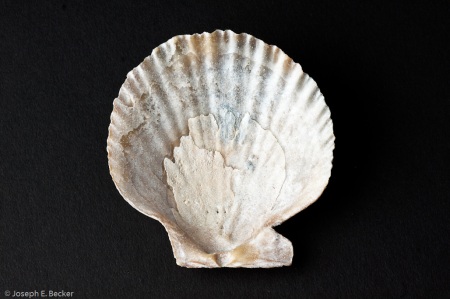 We really don’t know how old these beach deposits are. The shells and wood found were not old enough to be fossilized. They are still fairly fresh looking. In fact, our field geologist reported the drill cuttings with the shells smelled like the beach when they were brought to the surface. Our best guess is that they are somewhere between 5,000 and 100,000 years old. We may eventually get a date from the wood using carbon 14 dating, but have not done so yet. Besides scallop and clam shells, there were also barnacle shells in the drill cuttings.

This particular well was drilled with cable-tool methods. Cable-tool drill rigs essentially pound a steel casing into the ground, than remove the sediments in the casing by sucking them out with a bailer (basically a steel tube with a one-way valve on the bottom). If the sediments aren’t loose enough to be picked up by the bailer, a drill bit (basically a large hunk of steel) pounds the sediments into a slurry so they can be more easily picked up.  Considering this drilling method, it is very surprising that one of the shells came up intact – most were quite broken.

Photography wise, I took these images several days ago in my studio with a table top setup using a single monolight on one side of the table, a reflector on the other, and black or white matboard as a background.

I first thought of this photograph 3 years ago. When driving through Olympia one spring day in 2009, I saw cherry trees losing their blossoms and thought, “A shot of the Capital with the cherry trees in bloom would sure look nice.” But, it was too late for that spring.

A year later, I remembered the idea, but never seemed to find the time during the short cherry blooming season. “Next year,” I vowed, ” I will make time to get to Olympia and get the shot.”

Well, next year came, and it was do it now or wait yet another year. I’ve been watching some cherry trees near my house in Tacoma, waiting for the peak bloom. I was also waiting for the skies to be anything other than blah gray. For those of you that live in western Washington, you know how gray the skies have been this spring. I put the extra restriction that I wanted to do the shoot on a weekend, because the State legislature is in session and the Capital has a lot of people running around it during the week.

Finally, after waiting several weeks, on April 9th, the skies looked like they may cooperate – at least it wasn’t raining! (In hindsight, maybe I should have waited a week, the weather was much better this weekend; but then, maybe not as the cherry trees are starting to drop their pedals). So I hightailed it down to Olympia the early morning. The skies were marginal, and there were still quite a few people around. I set up this shot and had to wait for pedestrians to vacant the walkway. But with a bit of patience, I was able to snap a few frames. The sky was very light, at least compare to the grassy area below the trees. So I planned on doing a high dynamic range image (HDR). So I shot sequences of three shots, 2  f-stops apart. Still I worried I wouldn’t get much definition and interest in the sky.

This week I was finally able to process the images. The one here is one of the results. The HDR worked well, and I was (with a little processing in Photoshop) able to get the sky looking pretty good. Overall, the image still needs some work; I probably need to go back and play with the HDR processing, and I will do so sometime soon. But for now, it looks pretty good. What do you think? Was it worth waiting 3 years for the shot?

The wind was so strong, the rain was falling sideways yesterday at Ocean Shores. As you might imagine, the beach was fairly empty, except for hundreds of seagulls, all standing at attention facing into the wind.

Carson, our Newfoundland, thought it was great out in that rain and wind. On the other hand, while Tanya and I both thought it fun to see these conditions at the beach, we spent little time outside the car – it was more fun looking at the surf through the car windows. And with blowing sand accompanying the sideways rain, I thought it best to leave the camera inside the car too, so no photos of the beach today. 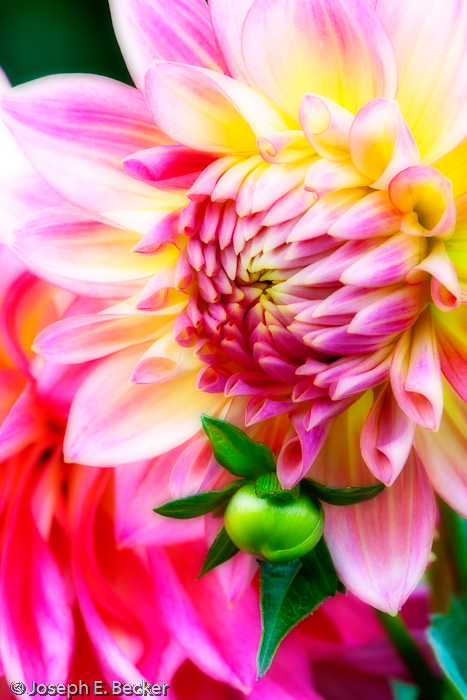 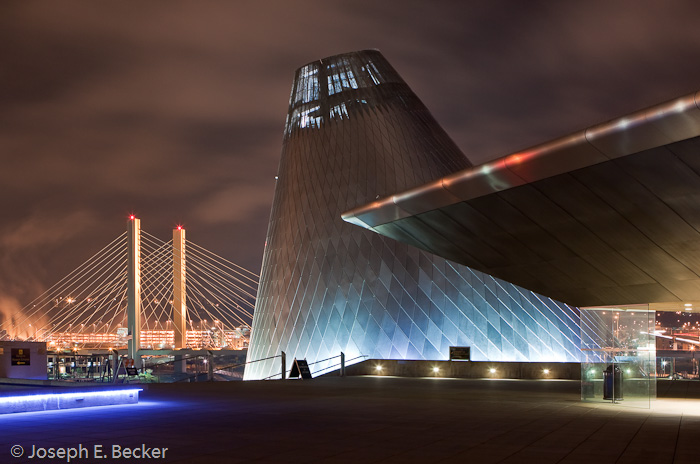