I had hoped to offer some new images this week. I took Monday off from my day job to go do some photography. But instead, I ended up cutting a hole in my bathroom ceiling to evict a pregnant squirrel from my attic. The squirrel is gone, the hole remains, and still have no new images to show (and yes, I do feel bad for the squirrel, I hope she found a new home). So once again I reach into the archives.

Five years ago this month, my family took a trip to the Northwest Trek Wildlife Park just south of Tacoma. It was a family outing to show our Chinese exchange student some of the native wildlife of the Pacific Northwest, so I didn’t do a lot of photography, but of course I took the camera along.

I spent a about 15 minutes with a grizzly. Most of the time, it appeared to be asleep, but it did stir for a couple of minutes, which is when I took this series of pictures. I probably would have spent more time there, but the family beckoned.

Northwest Trek is a great place to take some wildlife images. They have a tram ride through a free-roaming area (which the bears are not part of) that can lead to some great images. Occasionally they have special photographer trips on the trams, which occur earlier in the morning and make more stops. Groups of photographers can even arrange for these special tours. I went on one back in my film days with the Pacific Northwest Nature Photographers and would like to go again some day.

When out at Northwest Trek or wherever your photographic adventures might take you,  remember it sometimes helps to keep thing simple and look for the bare necessities in your compositions! 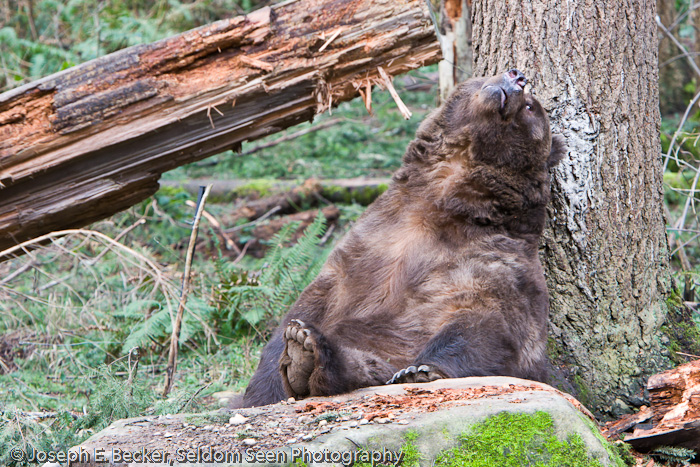 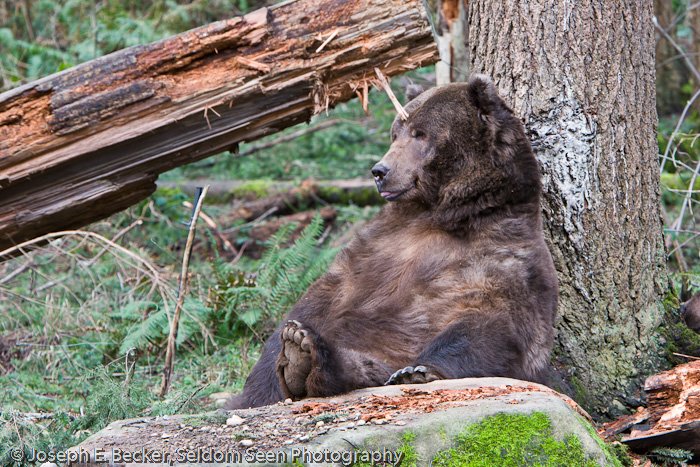 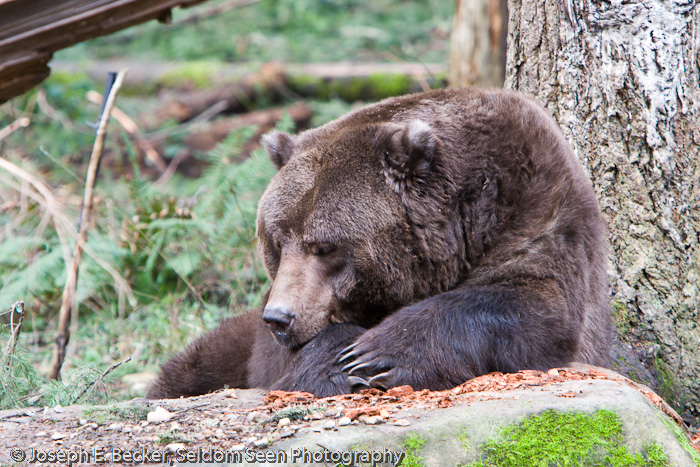