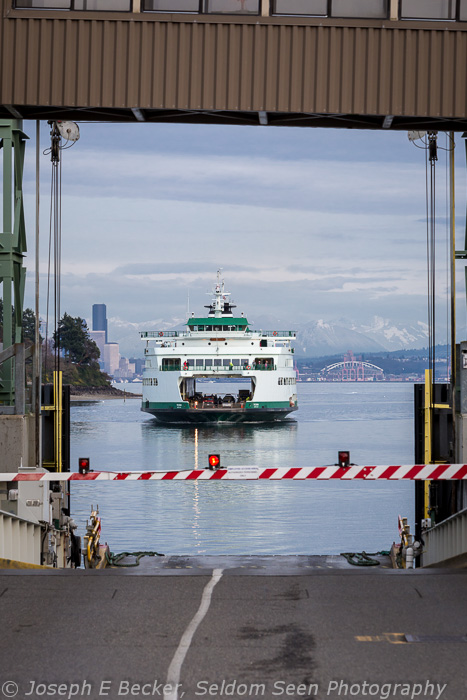 The ferry arriving at Bainbridge Island

Yesterday, Tanya and I decided to take Carson on a day trip to Bainbridge Island. Rather than driving up, we drove to Seattle and took the ferry across. Carson was a huge hit on the ferry – they don’t often see dogs that big. During the day, both on the Island and the two ferry crossings, he had his photo numerous times by people we met (having a huge dog is a great way to meet people, though they only remember the dog). I imagine, Carson has his picture on Facebook more than I do.

The day was cloudy and a bit cold, and so was the ferry since we had to stay outside on the “sun” deck (no dogs allowed inside). When we arrived at Bainbridge Island, we took the Waterfront Trail, and after a light rain for 10 minutes or so, the sun came out. We had a pleasant walk, and while Carson received pets from many strangers, I took photographs. We spent several hours on the walk, and eventually made it back to the ferry, just one minute before it left for Seattle. Of course, they stop loading walk-on passengers two minutes before departure. So we had to wait an hour for the next one – such is life on an island. But even so, it was a fun day – no place special to be and no special time to be there.

The ride back to Seattle was uneventful, but then again not so. The sun had set, and with the gray skies, it was not particularly pretty out. I put the camera away and sat with Tanya on the sheltered part of the sun deck. Yet even as the gray dusk darkened and as we sailed closer to the city, without the camera in my hand, it gave me the chance to truly appreciate the Seattle skyline as the city lights came on. Even on this unspectacular evening, it was beautiful. Sometimes it’s better to just put the camera away and enjoy the now. (There’s a Jimmy Buffett song I particularly like, Breathe In, Breathe Out, Move On, with lyrics about a watch that doesn’t have numbers, but just says now. And even though the song is about Hurricane Katrina, it just shows that that man really knows something about island time.) We talked to a couple visiting from New Orleans – they took a photo of Carson of course, several actually – and enjoyed the view and our sailing across Puget Sound, safe in knowing we had no schedule to meet and no particular place to go.

Enjoy these photos from Bainbridge Island; there’s nothing to special here, but then again, they were  taken on island time. 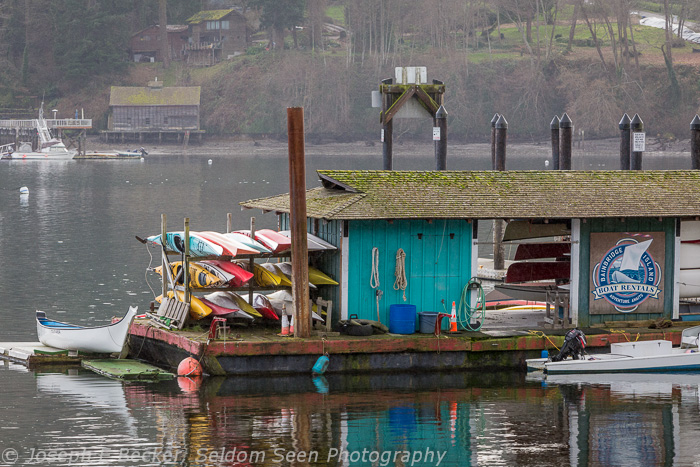 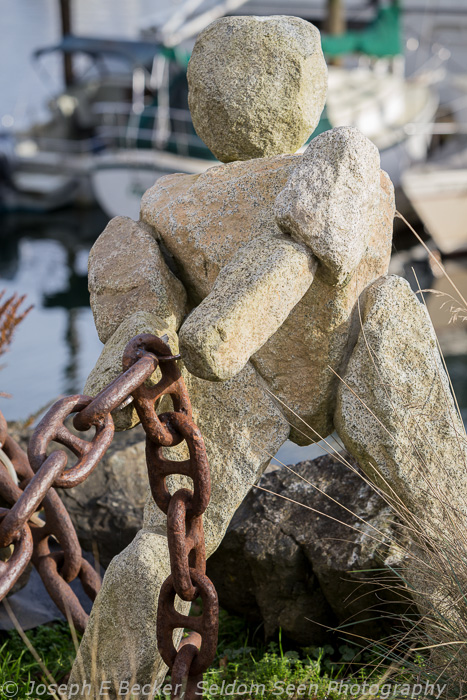 One of the many rock statues along the Waterfront Trail on Bainbridge Island. 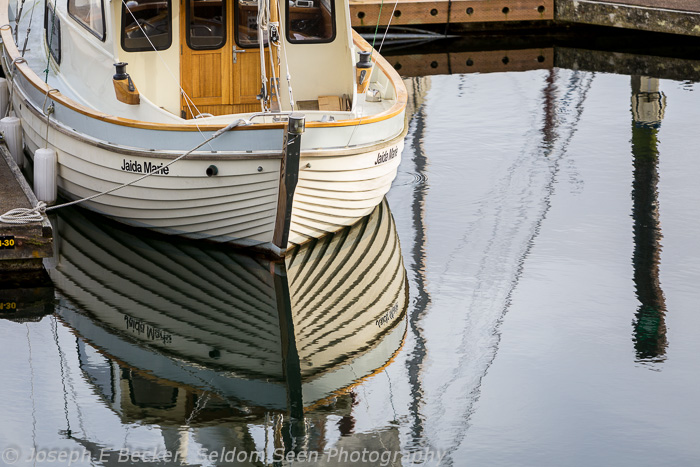 I particularly liked the reflection of this small wooden boat in the Bainbridge marina. 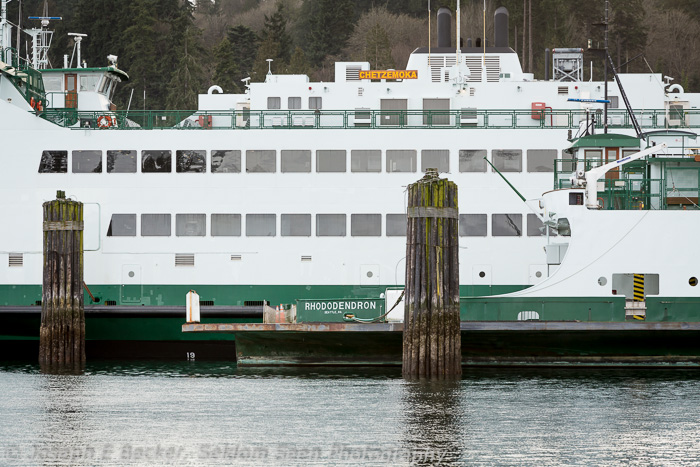 Several of the ferries docked on Bainbridge. 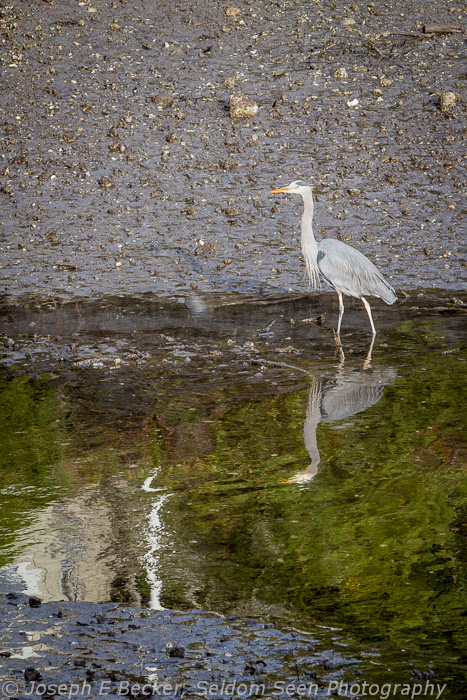 One of the many herons we saw on our walk. 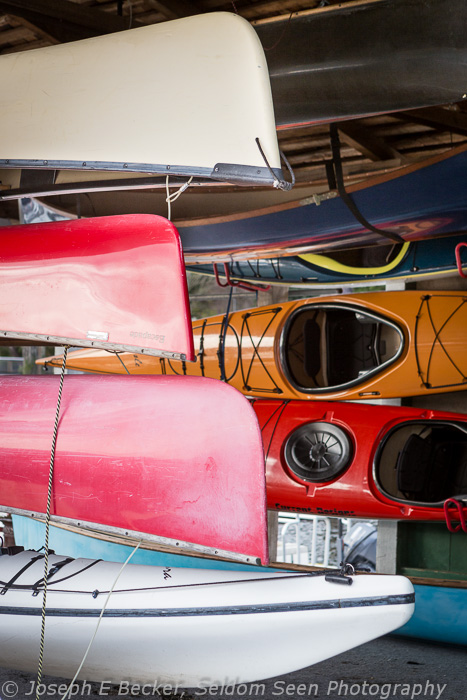