The Worst of 2013 and Lessons Learned

You will find many “best of 2013” posts and news articles this time of year. Today, I’m going the opposite direction and posting my worst of 2013. Actually, these aren’t truly the worst, just some bad images that didn’t get deleted immediately.

Every photographer posting on the internet is posting images they are proud of, and it is the same with me. I get a lot of comments on how great my images are, but that is only because I don’t show anyone the bad stuff (at least until now). Ask any professional photographer whose work you admire if they take any bad shots, and  if they say “no”, they are lying to you.

However, taking bad shots is not, in fact, a bad thing to do. Taking a lot of shots, trying a lot of different compositions, and experimenting in different techniques is a good way to learn what works and what doesn’t work, even if many of your images do turn out bad. Take a lot of differing shots and you are bound to come up with at least a few good ones. Learn from you mistakes, and the percentage of good shots will grow. If you don’t have any bad ones, in my opinion, you are either totally stale or not shooting enough. There’s no reason with digital cameras not to go out on a limb and try something different. Be brave, experiment! Try different exposures, try moving the camera while shooting, try a different perspective. Just remember to try to learn from both what works and what doesn’t.

Here are some of my worst images of 2013, one for each month except for July. July is excluded not because I didn’t take any bad shots in July, but because I only used my camera at weddings in July and I’m not about to put any bad wedding shots out on the internet. For the other months, I’m showing a bad shot both straight out of the camera and after trying to improve it in Lightroom (this is only fair, since I shoot RAW and process all the shots shown on my blog), plus a few comments on what makes it bad and the lessons I’ve learned once again.

January (out of the camera) – a bad bird shot.

Even with a telephoto lens, the bird is just too small in the frame to make a good subject. Lesson learned (again) – make the subject prominent in the frame! Cropping helped make the bird a better subject, but more than half the image was thrown out doing so. Further, I was so far from the bird in the first place, only by this drastic crop could I tell the bird was actually looking away from the camera!

February (out of the camera) – what’s the subject? 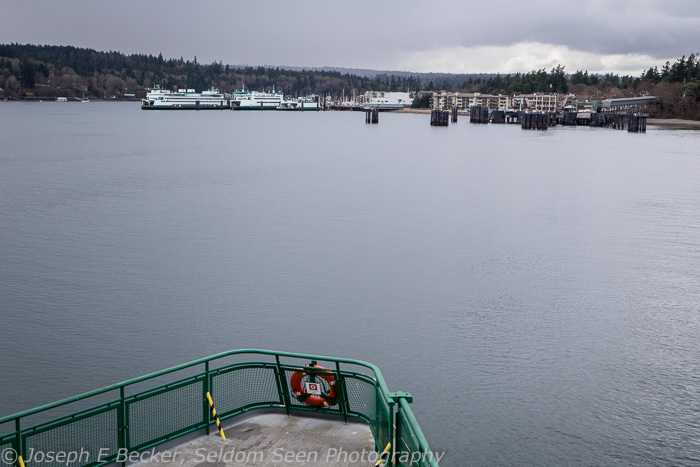 Trying to show what it is like sailing into Bainbridge Island on a ferry, I took this shot. But where’s the subject? All I see is a lot of featureless water. Plus the lighting was horrible – gray and flat. Processing in Lightroom was no help. There is no computer software known to humankind to add an interesting subject when there isn’t one to begin with!

March (out of the camera) – it’s just like being there, NOT! 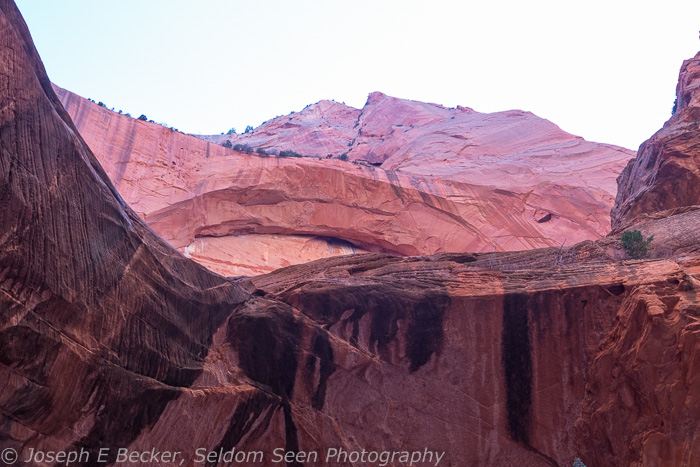 This has so much wrong with it, where do I begin. It is majestic standing below the Double Alcove in Zion National Park, and I wanted to capture that feeling. So looking straight up, I took this image. What a waste of pixels! First, without context, a viewer has no idea what this is or what the scale is (it’s huge by the way). Plus there the contrast was huge. The sky was dark blue when the image was taken, and even processing in Lightroom couldn’t fix the contrast problem.

April (out of the camera) – dark and slanting. 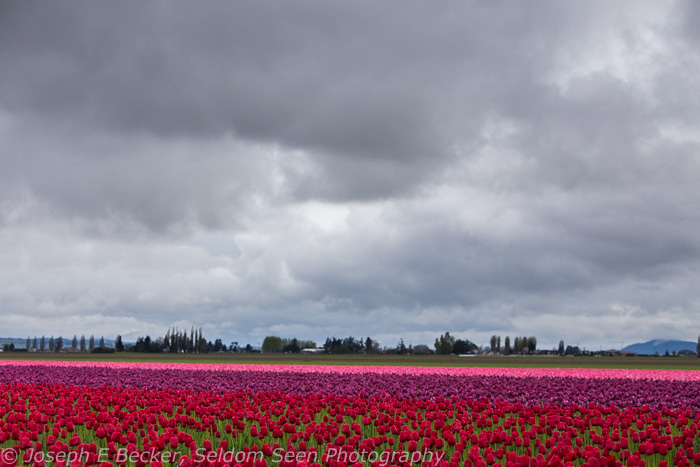 This was shot trying to keep some detail in the sky, but I failed horribly. Though hard to tell from the image size shown here, it was so underexposed that “fixing” in in Lightroom came with unacceptable noise. I didn’t even bother fixing the horizon slant. Lesson learned (again) – check the exposure settings! 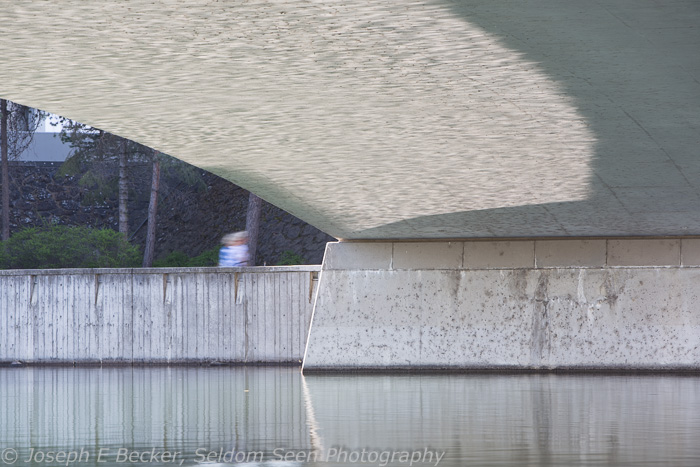 May (out of the camera) – artistic blur failure.

The processed version does nothing to help. The idea was to get a blurred person walking by the river in Spokane. But this just doesn’t work. The shutter speed was wrong and I pressed the shutter button at the wrong time, framing the subject at the wrong spot. However, this is actually a case where I applied a lesson previously learned – I took many shots from the same spot with different people walking by, using several different shutter speeds and did get a few acceptable results. This is just not one of them.

June (out of the camera) – great light star, bad everything else. 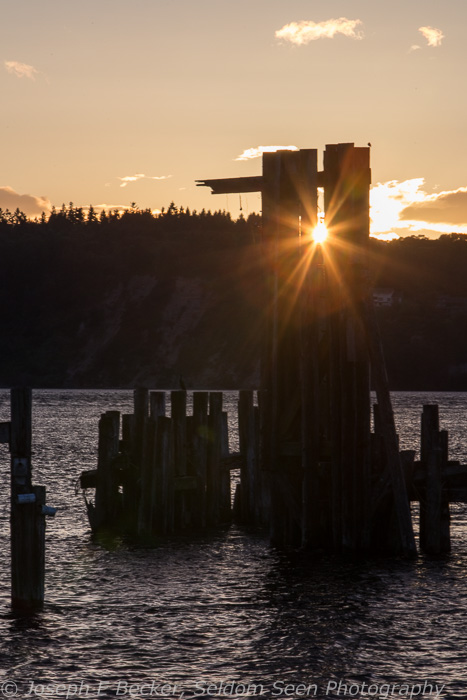 Attracted by the sun peeking through the pilings, I wanted to capture a light star and did succeed. I thought, at the time, I needed to work fast before the sun set. Unfortunately, I forgot about getting a level horizon, and fixing that in Lightroom causes the piling on the left to be too close to the frame edge. Trying to bring detail in the dark part of the image just brings unacceptable digital noise. Lesson learned (again) – take time to consider things like proper exposure and level horizons.

August (out of the camera) – bad bug shot.

Again, Lightroom has no magic “unsuck” filter and the processed images is no better than the original. Here I’ve focused on the wrong spot and cut off the tip of the wing with the frame. Yuck!

September (out of the camera) – how not to expose for the highlights.

The original shot was so overexposed that Lightroom adjustments can only turn a horrible image into an extremely bad image. 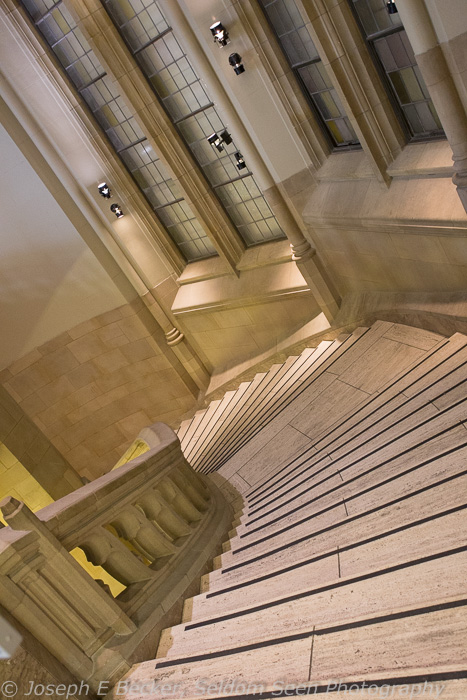 October (out of the camera) – failed artistic tilt.

Trying to capture the beauty of this stairway at the University of Washington, I experimented with a tilted perspective. It didn’t work. Fixing the tilt in Lightroom cropped off way too much. Though the experiment didn’t work, I did take other shots using more “normal” view angles and did come away with a few good shots. 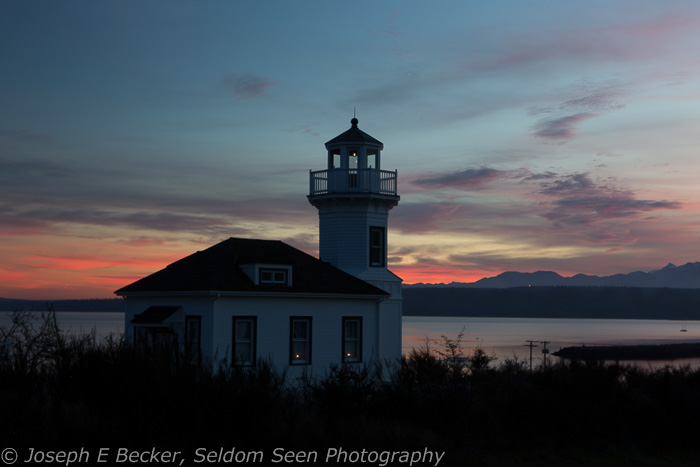 Though perhaps difficult to tell here, there is absolutely nothing in focus in this image, and no magic software exists to fix it. I took probably 30 or more shots of this building and sunset, and all have bad focus. Lesson learned (again) – don’t let your excitement for a good scene make you forget the fundamentals, like checking the focus. Auto focus is not perfect, especially in low light situations (as I proved to myself once again). 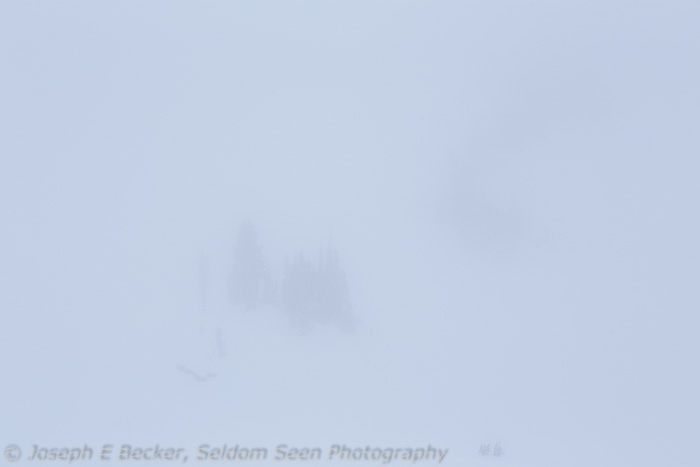 December (out of the camera) – whiteout! 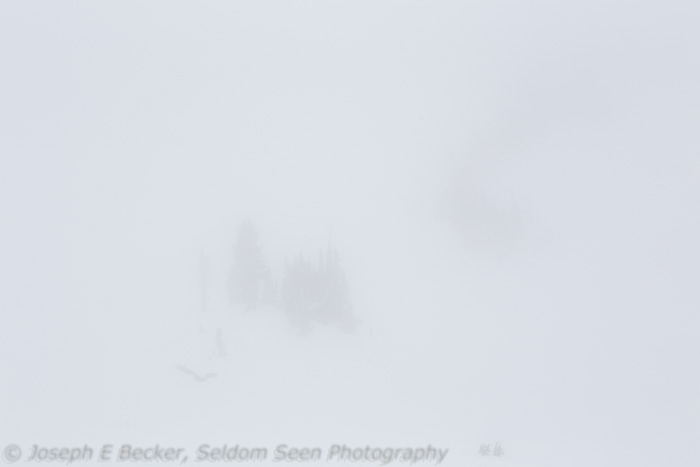 While snowshoeing at Mount Rainier, I wanted to show the near whiteout conditions. I guess the image did succeed, because there isn’t much visible here. The processed version doesn’t do anything to help. Lesson learned (again) – when there is nothing much in the background, put something visible in the foreground.

This entry was posted on January 1, 2014 by joebecker. It was filed under Photo Techniques, photography, Worst of the Year and was tagged with bad, lessons learned, photography, poor photographic technique, worst of the year.