For some reason I have a hard time getting out and doing photography in February. I’m not much of a winter fan to begin with, and by February I just want it to be over. After a fairly dry winter so far this season, the rains returned with a vengeance the past several weeks. I had two planned snowshoe trips cancelled. So without anything new to show, it’s time to dig through the archives.

Five years ago this month Tanya and I were on a wine-tasting trip to Walla Walla, Washington. (Non sequitur – I love saying Walla Walla, Washington. I think it stems from my youth when I use to watch a lot of Loony Tunes on television, and the cartoon characters there were always ordering fun stuff from Ace Novelty Company in Walla Walla, Washington. Anyone else out there like me, or am I just weird?) We stayed with friends at the Marcus Whitman Hotel, a grand old place in the heart of the downtown. I really liked the look of the lobby of this old hotel, and before we left, I got out the camera and tripod to photograph it.

The dynamic range in the lobby was extreme. Inside, the lobby was dark, lit by antique light fixtures. However, the windows were bright, lit by outside daylight. This was scene made for digital photography and the use of HDR (high dynamic range) processing. At the time, I hadn’t done much HDR, in fact, now thinking back, this could have been my first attempt. I’m happy with the results, though if I ever decide to reprocess these shots, I think I might cut back on the effect a bit – the colors, particularly the blues, are a bit over saturated. However, both images show the old grandeur  of the place, which was my intent for the photographs.  Hotels like this are just not made anymore.

If you ever plan on a visit to Walla Walla, this is a great place to stay. Their off-season rates are very reasonable (at least they were five years ago), and there are more winery tasting rooms within walking distance than any person can visit in a day. (When we visited, our group rented a limo and rode around the countryside outside the city to a number of wineries. When we returned in the afternoon, Tanya and I and another couple than walked to tasting rooms near the hotel. I can honestly tell you, all those tiny little tastes of wine add up. Needless to say, these images were taken the next morning when I was capable of focusing my camera as well as my eyes.) 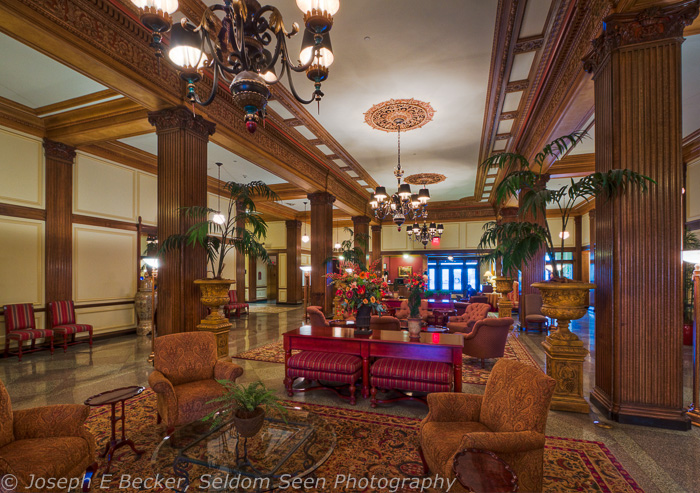 As with his first book, this one didn’t present anything new to me personally (while I’d like to think that is because I’m such an experienced and accomplished photographer, in reality, it is probably because I have read all of David duChemin’s print books which cover these topics in more detail). However, for relatively new photographers, it does present good information and techniques they may not have thought about. For experienced photographers, it is always worth reviewing and remembering these relatively simple, yet effective techniques. Also like the first book, this one contains suggested, fun exercises to help learn or reinforce the techniques. Topics covered include: embracing constraints, digital darkroom, shooting in manual mode, honoring the frame, shooting in monochrome, and more.

This is a great little book, especially for the price (free!). It is certainly worth the time to download it. For a link to the book, visit David deChemin’s blog.

Reception for Colors of Washington

If you are in the Seattle-Tacoma area, please join me at a reception for my Colors of Washington exhibit. I’d love to talk with you about how I captured these images and about photography in general.  The reception will be held Tuesday, February 18th from 6 to 7:30 pm at the Auburn City Hall gallery located at 25 W Main Street, Auburn, Washington. Refreshments will be served. Hope to see you there!

For those that cannot attend, here are three more images from the exhibition. Enjoy! 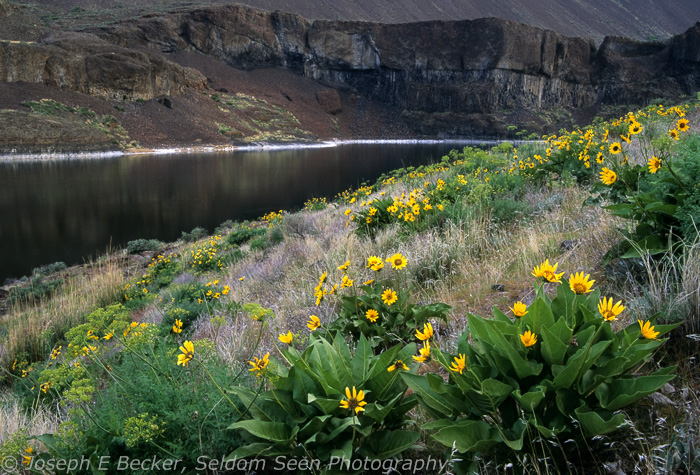 Followers of my blog will know that last year the Becker household lost one cat and one dog. And while Carson and Sugar will never be replaced, we now have two new members of the family, well actually, we’ve had them for a while now.

In the last week of November last year, Tanya and I adopted a kitten from the local Humane Society. The idea was to get a playmate for our other cat, Patch, who was quite lonely after losing both his sister, Sugar, and his best buddy, Carson. The kitten’s name is Tuck. Well it didn’t get exactly as planned, Patch was not too welcoming of a new male kitten in his house. Things are much better now, at least Patch puts up with Tuck, shaking off Tuck’s flying kamikaze attacks from the top of the  furniture rather than clawing and biting the kitten. Sometimes Patch even starts the play. Tuck, now five months old, is much bigger than shown in the photo here (taken about 5 weeks ago) and still as wild as ever. We refer to him as Tuck the Terrible or Tuck the Terror.

And last month, we brought a new Newfoundland home. Her name is Nahla, which means drink of water in Arabic (her paper name is Nakiska’s Drinks Are On Me). Nahla is four years old and a rather large girl. In fact, she is bigger than Carson was, both in weight and height (she can rest her chin on the dining room table without lifting her head). She definitely loves her people, and follows Tanya or I around constantly. She reportedly loves water (like most Newfoundlands, Carson being the exception), but we haven’t taken her to the beach yet to see. She did like being in the snow when we took her up to Hurricane Ridge a couple of weeks ago, where I took the photograph below of her and Tanya. I’m looking forward to many new adventures with Nahla. Interestingly, Patch seems much happier now that there is a dog in the house again, even though he mostly ignores Nahla. 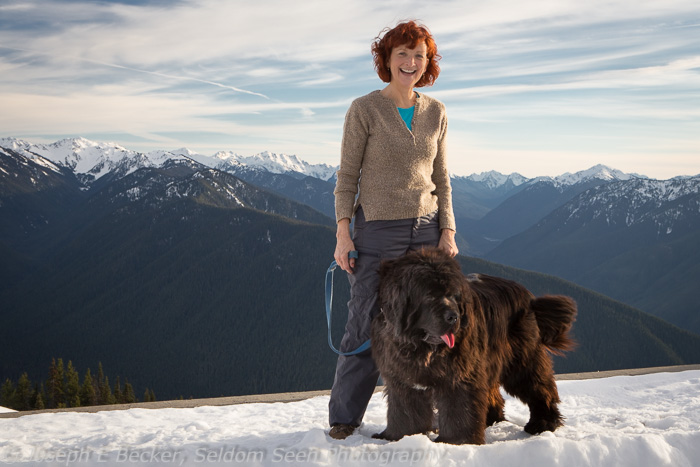