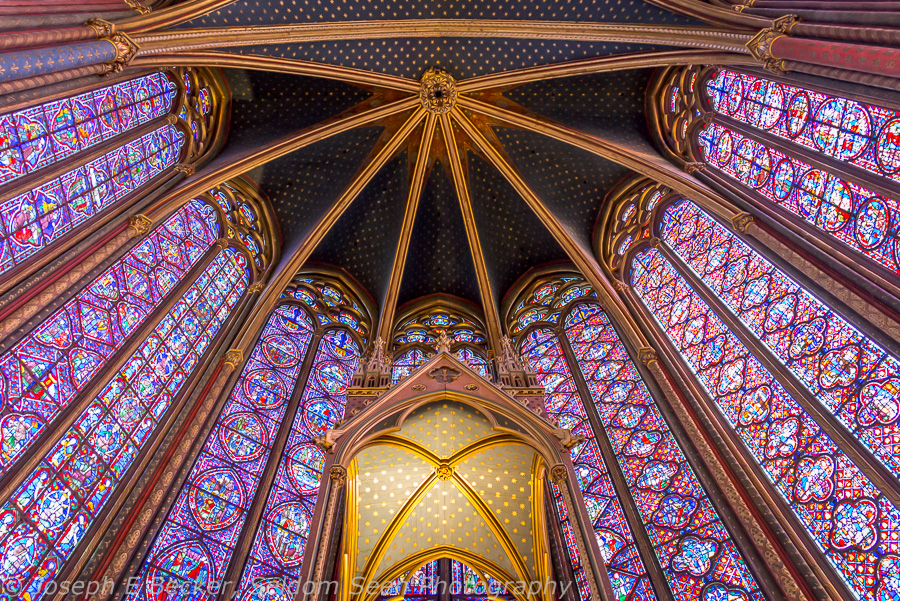 My recent trip to Europe confirmed something I already knew, travel photographers need to embrace high ISOs. Sure I took my tripod along on the trip, and I used it frequently. But mostly when outside buildings. Most museums and other indoor attractions prohibit tripods, often monopods, and even selfie-sticks (not that I have one – I use my tripod or monopod instead). There are a few exceptions, the Metropolitan Museum of Art in New York for one (see my previous blog about tripods in New York), but more and more it seems tripods are a no-no (and don’t even get me started on places that prohibit photography entirely, where people left and right are using their cell phones to take photos (often with flash), but if I get my DSLR out, I get a stern warning).

When planning a trip, I usually try to research whether tripods are allowed in various attractions I want to visit, but in this case, I didn’t have a lot of time to prepare and failed to do the research. Further, traveling with my mother-in-law, I didn’t figure I’d have a lot of photography time (and I was right). But even if you have time to do such research, it is often had to find rules related to tripods on the internet, and worse, sometimes the information is either wrong or incorrectly enforced at the attraction. For my recent trip, I just assumed tripods weren’t allowed in any indoor attraction I visited – an assumption that was usually confirmed by signs at the various attractions.

There is another consideration. I can’t even imagine trying to set up a tripod in Sainte Chapelle in Paris (which doesn’t allow tripods; the featured image above, by the way, is Sainte Chapelle taken at ISO 6400, f/5, 1/30 sec), there was barely room to stand. Even if tripods are allowed, due to the number of people visiting, it is often impractical to use them. For example, in Seattle, tripods are allowed at Pike Place Market and in the Seattle Aquarium, but due to crowds, can be hard to use.

Yes, it is best to use low ISO with long exposures and a tripod to minimize digital noise, but often that is not an option. Luckily, the high ISO capabilities of today’s digital cameras are quite good, and getting better with each generation of camera. During my recent trip, I found myself shooting at ISO 3200 and 6400 quite often. I even got up to 25,600 several times; the digital noise was horrible, but it was that or not get the shot.  That’s what it came down to, getting a shot or not. You be the judge, was it worth using high ISO to get the shots accompanying this post? 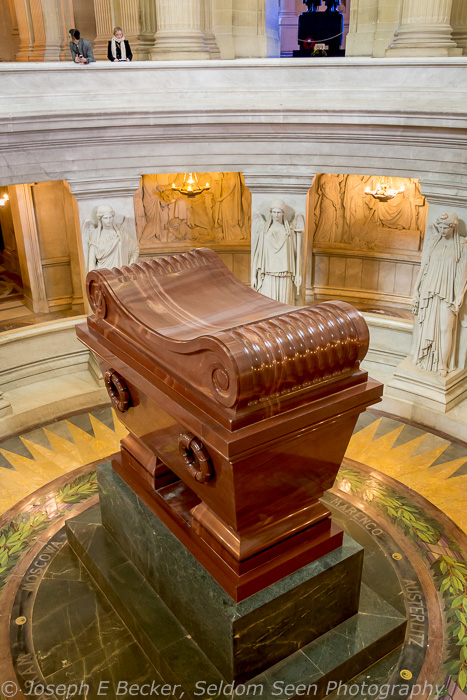 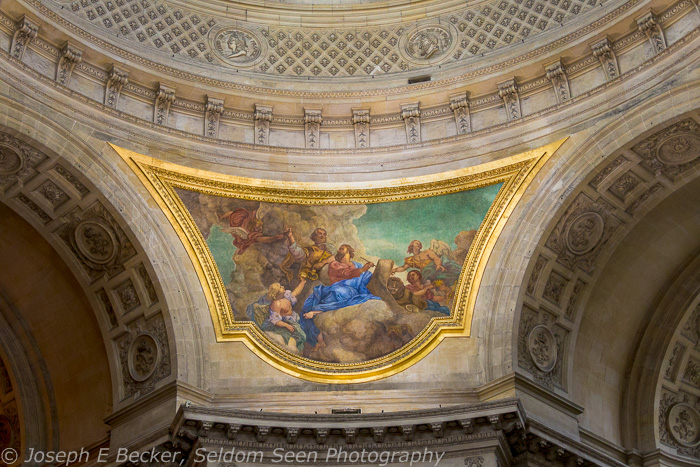 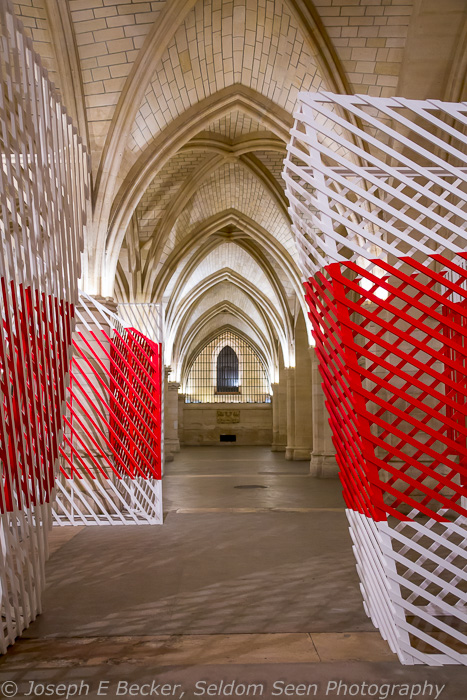 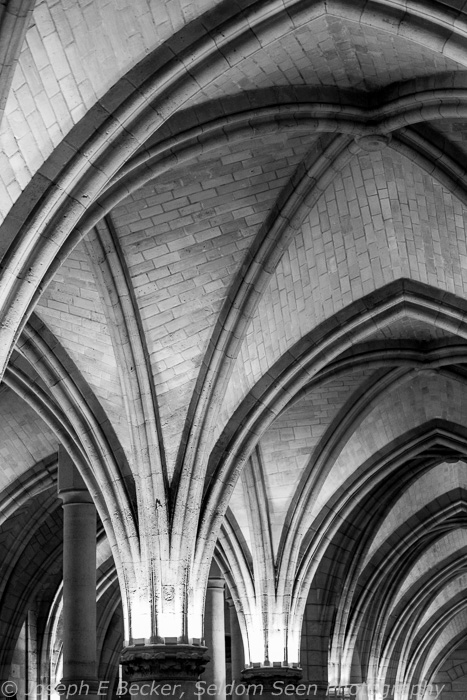 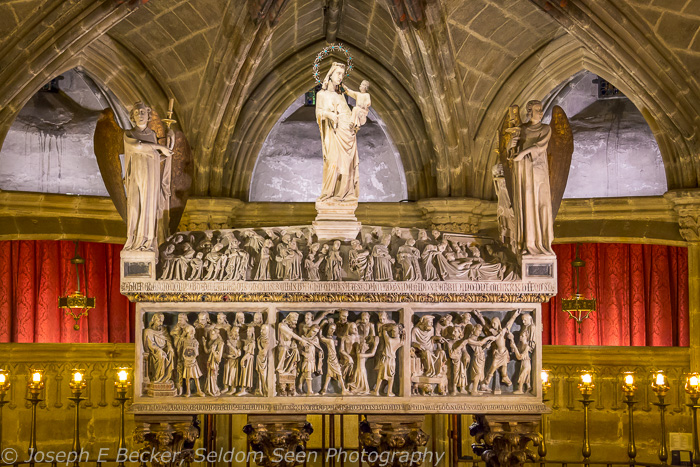 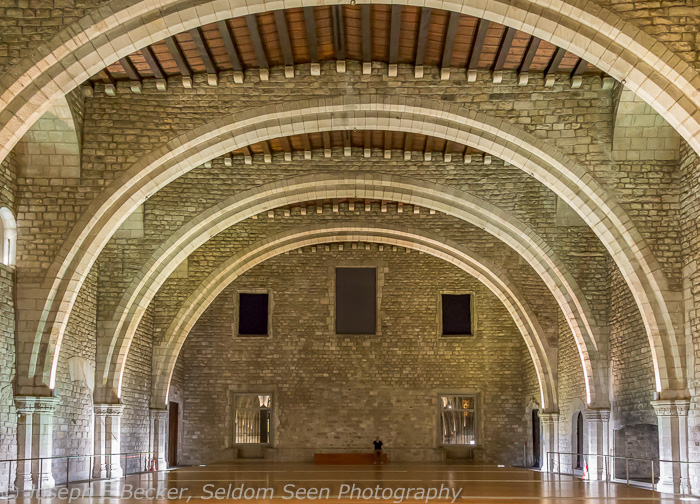 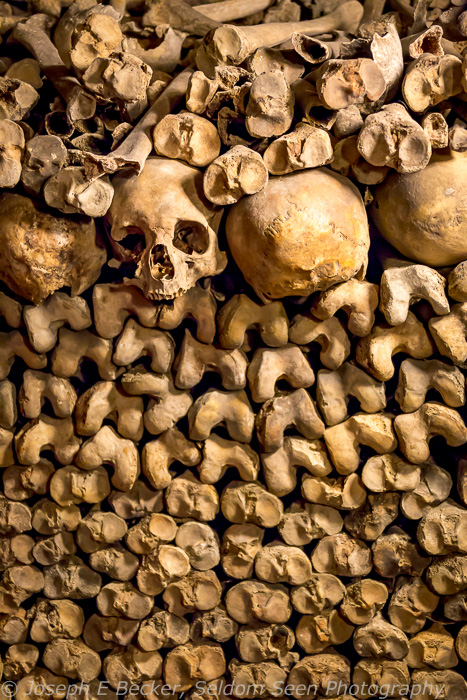 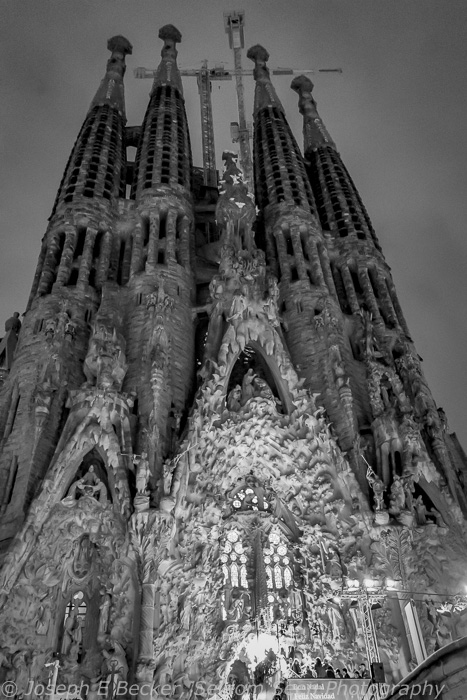 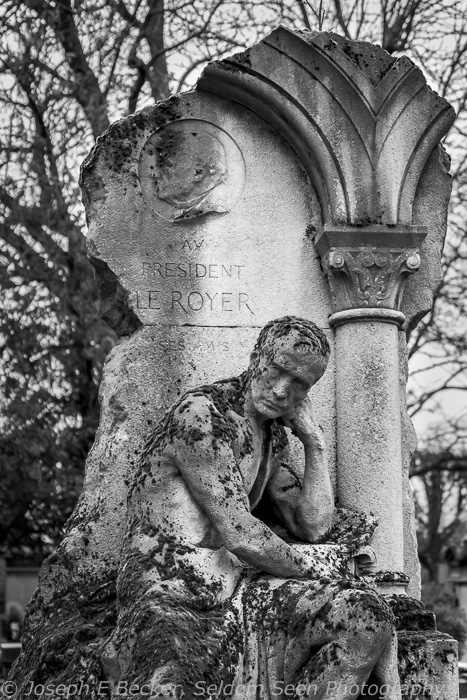 Grave of Philippe Le Royer, Père Lachaise Cemetery, Paris; ISO 3200, f/5, 1/125 sec. Another outside shot where I could have used a tripod but wasn’t carrying it with me. 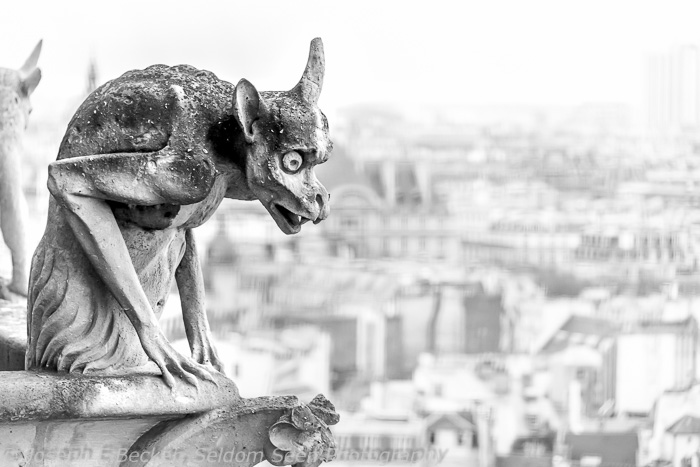 Gargoyle, Notre Dame; image shot at ISO 3200, f/5.6, 1/30 sec. An outside shot on a cloudy day close to sunset. No tripods allowed. I should note that perhaps even worse than not allowing tripods, when visiting the Notre Dame tower, to shoot the gargoyles, you need to shoot through a net with openings much smaller than a DSLR lens.