This is the post I was preparing when my friend Gary died. I had hoped to post this while it was still possible to hike to Ingalls Lake, but it is quite possible it is snowed-in for the season by now. I took the hike on October 10th, hoping to find good fall colors.

As I’ve mentioned in a previous post, to find good autumn colors in Washington State, you need to know where to look and have good timing. My goal for the hike to Ingalls Lake was to see some of those fall colors – specifically the subalpine larch trees. Larch trees are conifers, but unlike other conifers, they are not evergreens. The needles on larch trees turn a beautiful yellow then fall off in autumn. What makes them extra special is their setting. In Washington State, they are only found high in the mountains, which can create some incredible autumn scenery. 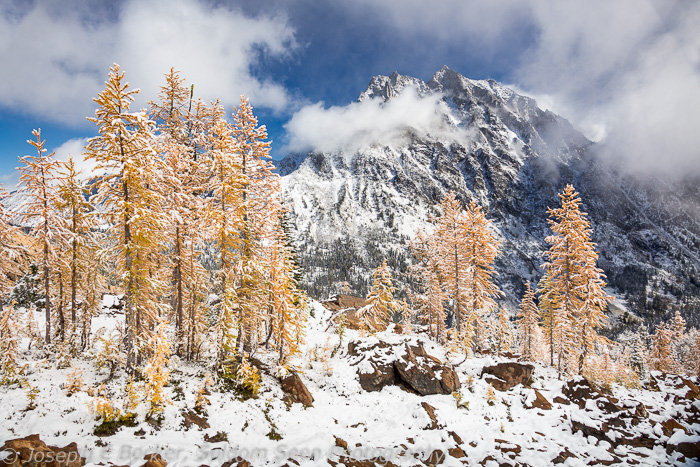 Even without the nearby larch trees, Ingalls Lake is spectacular. An alpine lake set in a rocky bowl at the base of Ingalls Peak with a view of the spectacular Mount Stuart that just won’t quit. The conditions were nearly perfect for my hike. It was partly sunny after a rainy weekend – at least it was rainy in the lowlands. At Ingalls Lake there was fresh snow, which just enhanced the scenery.

This nine-mile roundtrip hike immediately starts uphill from the parking lot as the trail switchbacks up to Ingalls Pass where it enters the Alpine Lakes Wilderness Area. The lower part of this portion of the trail is through forest, but the later part is not and has great views of the Esmeralda Peaks and Fortune Pass to the southwest. Once Ingalls Pass is reached, the view expands dramatically to include Ingalls Peaks and all the Stewart Range, anchored by Mount Stewart directly across the valley.

Ingalls Lake is not visible from the pass and is separated from it by the lovely Headlight Basin. The southern side of Headlight Basin has impressive groves of larch trees. The basin also includes many small streams, meadows, bare rock slopes, and boulder fields.

Just past the pass, the trail splits. The more direct route to the lake cuts downhill then uphill again through Headlight Basin. The main trail circles around the west side of the basin, not gaining or losing much elevation. The trails meet up again about 1/4 mile from the lake. From there, the trail scrambles uphill to the lake.

I had hoped to stay in the basin until sunset, but as the afternoon wore on, more and more clouds were moving in and I thought the sunset might be a bust. So instead, I headed back downhill, stopping in the forested section of the trail to take more images of autumn color in the forest underbrush (the trees here are evergreens). As it turned out, the sun did break out again at sunset. Being back down low, I didn’t get much in the way of sunset shots, but I can’t complain, overall it was one of my best photo hikes in years. Perhaps, based on the images above and below, you will agree. 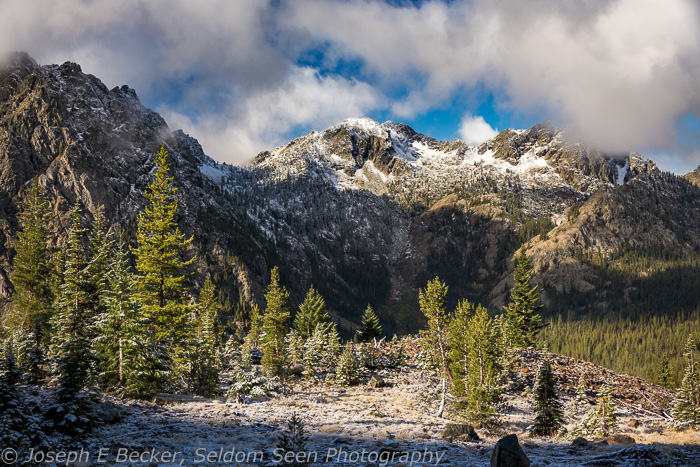 Esmeralda Peaks as viewed from the trail up to Ingalls Pass

Larch trees on the trail west of Ingalls Pass 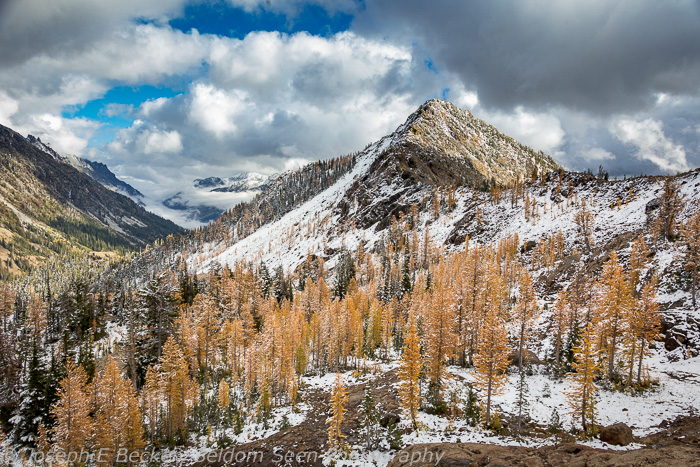 The larch grove near Ingalls Pass, Iron Peak in the background 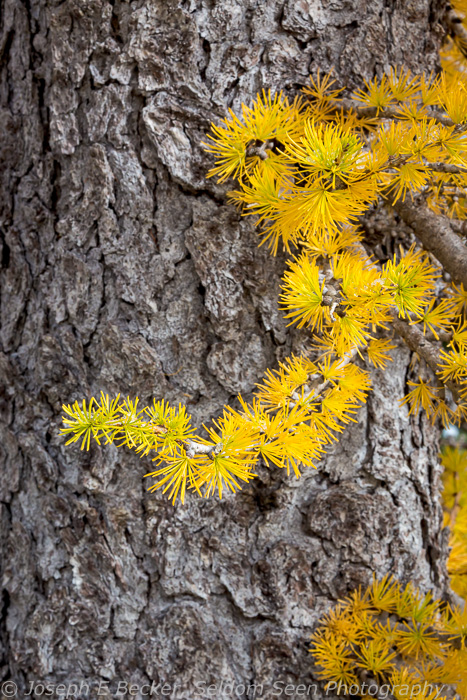 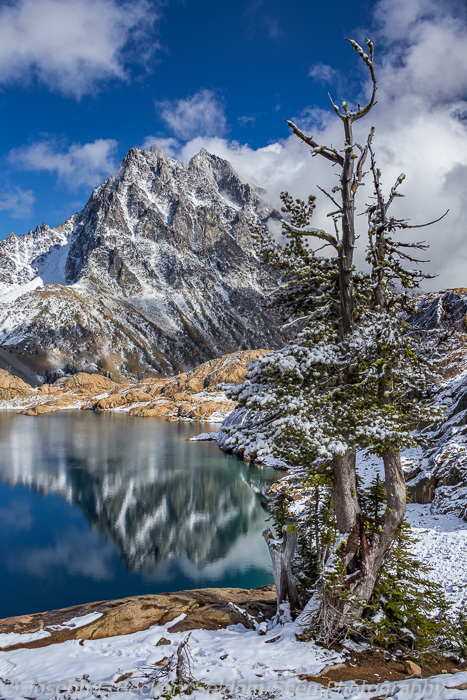 Another view of Ingalls Lake and Mount Stewart

Some of the color in the forest underbrush on the hike back. 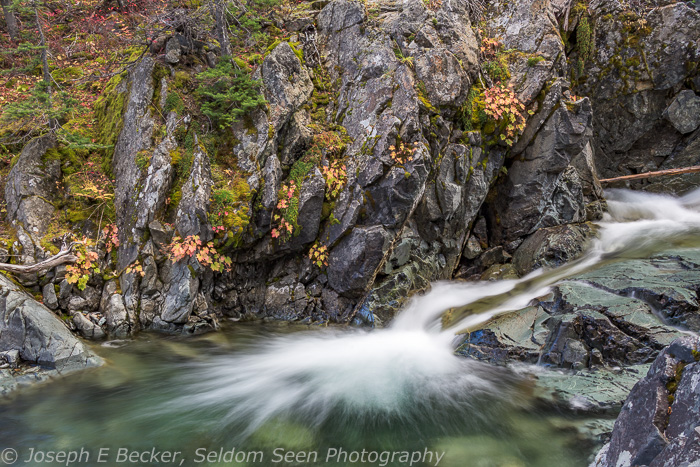 A bit of fall color along the North Fork Teanaway River near the trailhead.