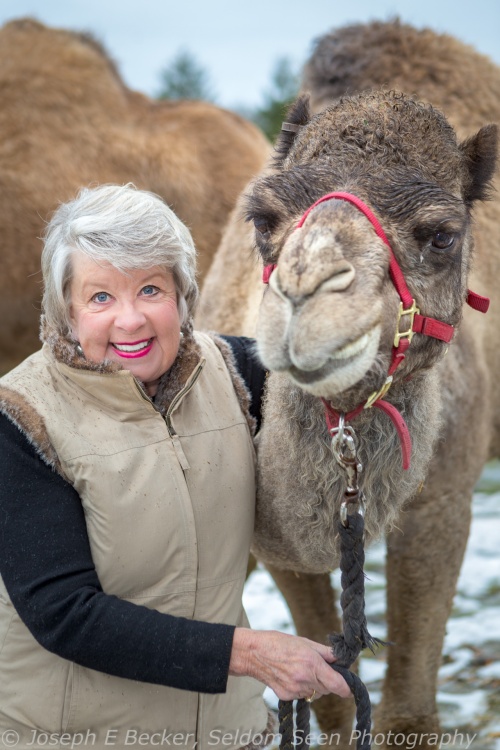 Earlier this week I did a portrait shoot for my friend Karen Robbins. Karen is the author of several children’s books and has two new books coming out soon, one on farm animals and one on zoo animals. She wanted head shots for both herself and her illustrator, Rachel, with farm and zoo animals. So she made arrangements for me to shoot at Old McDebbies Farm in Spanaway, Washington. Old McDebbies is closed for the season, but they welcomed us and helped with the photo shoot. I shot with shot Karen with a sheep, a camel, and a horse, and I shot Rachel with a goat and a wallaby. After shooting, we got a tour of the other animals on the farm – including emus, kangaroos, giant tortoises, and miniature deer.

It was a bit of a challenge getting the animals to cooperate with the portrait session and the outside shots were done in the rain, but I like the results. 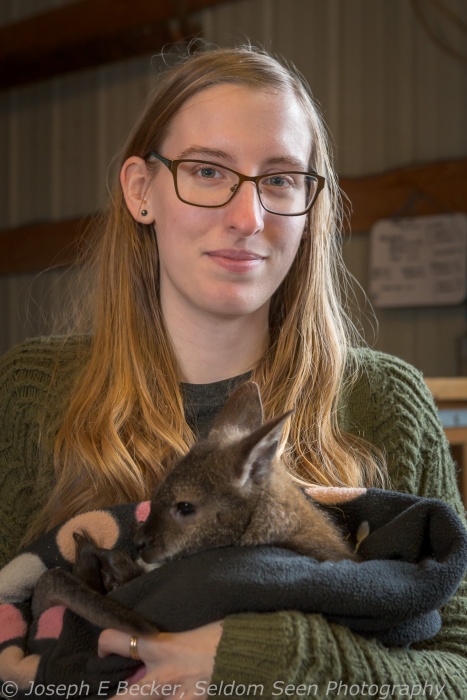 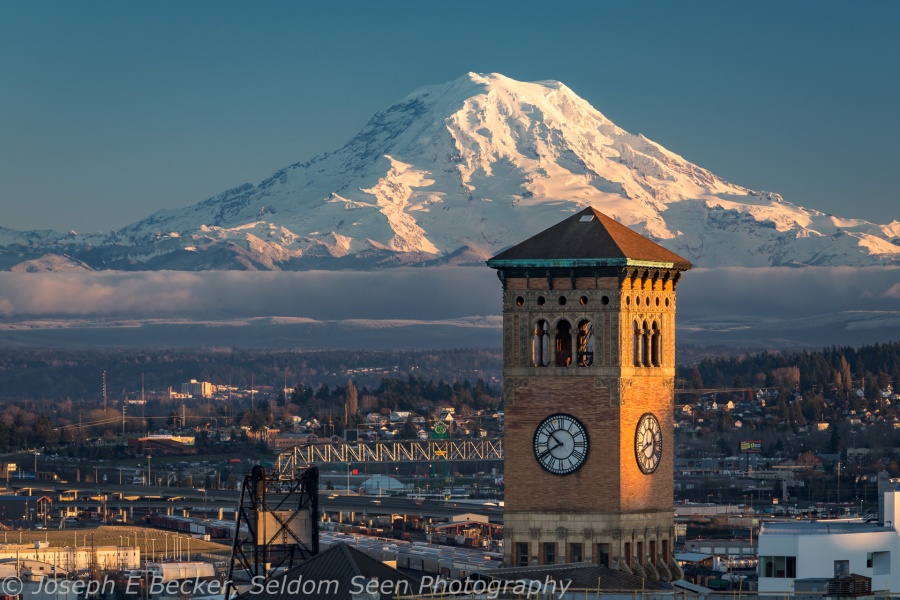 Merry Christmas from Tacoma! One of my presents came early when I found this scene yesterday during some beautiful sunny winter skies. Today, it is overcast again with snow forecast for tonight – so Tanya and I are hoping for a white Christmas in the morning. But if not, we can always get a view of snow by just looking at The Mountain (at least when it isn’t covered by clouds). Thank go out to my photographer buddy, Ernie Misner, for telling me about the location for this shot. Have a tremendous holiday season everyone!

A Bridge not too Far

Several years ago I saw a photograph of this bridge in the Palouse, but there was no location information with it. When I saw the image, I knew I wanted to photograph it as well. However, after several attempts to find it using internet searches, I could not find its location.

As you may or may not know, in my day job, I’m a groundwater geologist. I’m the president of a consulting firm called Robinson Noble. We work with a lot of different civil engineers who work with water systems. One such engineering firm we work with is based on Port Orchard, Washington – which for those of you not familiar with Washington State, is about 20 miles northwest of Tacoma. A year or so ago, one of the engineers with that firm, Todd, moved to the Palouse region and now telecommutes and serves his company in eastern Washington. A while back, I was talking with Todd about this bridge. I’m not sure how the topic came up, but he knows I do photography and was suggesting he knew some good locations in the Palouse. Anyway, I mentioned I was looking for this bridge, and Todd told me he owned it! He said I was welcome to drop by anytime to photograph it.

I finally had the chance last week. I accompanied Tanya to Walla Walla so she could interview for a vice president’s job at Walla Walla Community College (she was one of three finalists, but unfortunately didn’t get the position). While she was off interviewing, I drove up to the Palouse to meet with Todd. He gave me directions to his house (something like, turn at the second mailbox, drive through the farmer’s field, go over the bridge, and uphill past the barn), and indeed, the bridge in the directions was the bridge I was looking for.

I had a nice time visiting with Todd and his family, and they told me the story of the bridge. They bought their 200-acres of land along the Palouse River northwest of Colfax about a year ago. The land includes an old railroad grade which crosses the river. When the railroad was abandoned, a former owner of the property turned the bridge into part of his driveway. Todd also described an old train tunnel on his property, further down the grade.

Apparently the bridge is well known to at least a few photographers, as Todd and his wife told me of photography workshops that stop and take pictures of the bridge. There is a viewpoint on the county road across the river from their house, which is where I took the above photo.

Todd has given me standing permission to come by and photograph his bridge (and tunnel) anytime I want. He and his wife suggested other potential viewpoints and the best times of day. Next time I’m in the Palouse, it think I’ll take them up on their offer.