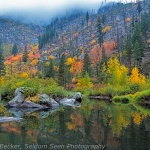 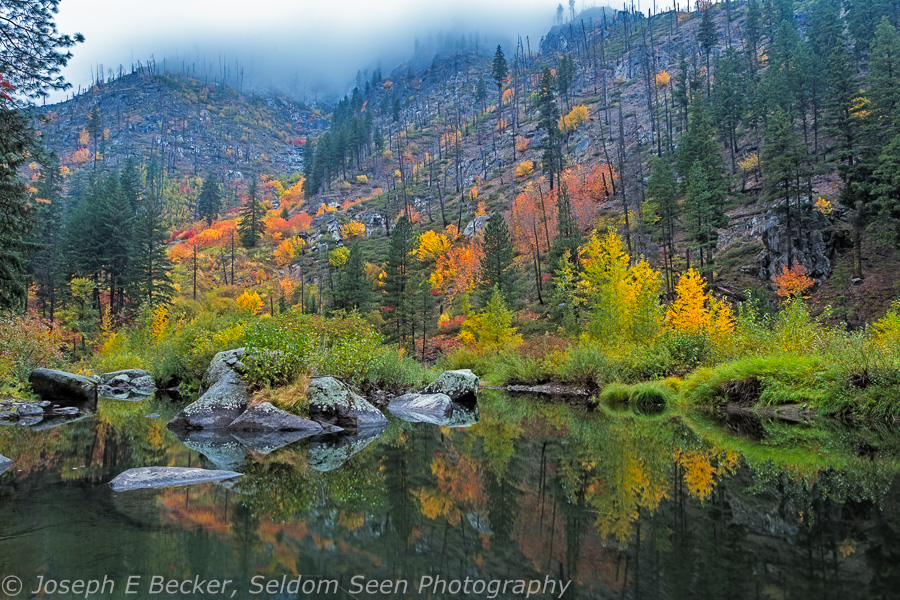 While doing my series of posts about the Southwest, I did manage to get out one Saturday in October to hunt for autumn colors here in Washington State. As I’ve mentioned before, fall colors are not the best in the Evergreen State, but they can be found if you know where to look. Timing is also important, as they don’t last long and snow can come to the higher elevations unexpectedly anytime in October. That was the case two years ago when a few days after taking fall color shots at Mount Baker, a snowstorm hit and the area was snow-covered until spring.

This year, we headed over to Leavenworth, Washington a couple of weekends ago. I was accompanied by Tanya, her mother Maxine, and Nahla. Leavenworth was crowded, as it was the last day of their annual Octoberfest. It took us about 20 minutes to go the last 2 miles into town, and another 10 minutes to find a parking spot. But I was there for the color, not the beer and brats (though I did have beer and brats while there, how could I not?). After lunch, I left Tanya and Maxine in town and Nahla and I headed up Icicle Creek, just west of town,  into the Okanogan-Wenatchee National Forest. The color wasn’t too bad. I stopped at four or five places and got a few good shots.
After Icicle Creek, I picked up the girls and we drove up Highway 2 along the Wenatchee River as it winds through Tumwater Canyon. The color, I thought, was much better here, and I wished I had more time. However, it was already late and the sun set early this time of year. I shot until it got dark, and was quite happy with the results.The shot above is one of my favorites from the trip, shot at the very end of the day. It was shot on a tripod at ISO 200 and f11 for 30 seconds with a circular polarizer (actually it is two merged shots, one with the polarizer set for the water and the other with it set for the foliage).

It’s probably too late now to catch much color there, but come next October, you may want to try Tumwater Canyon and Icicle Creek. Just remember, if you go during Octoberfest, you may need a little extra time to get through Leavenworth. 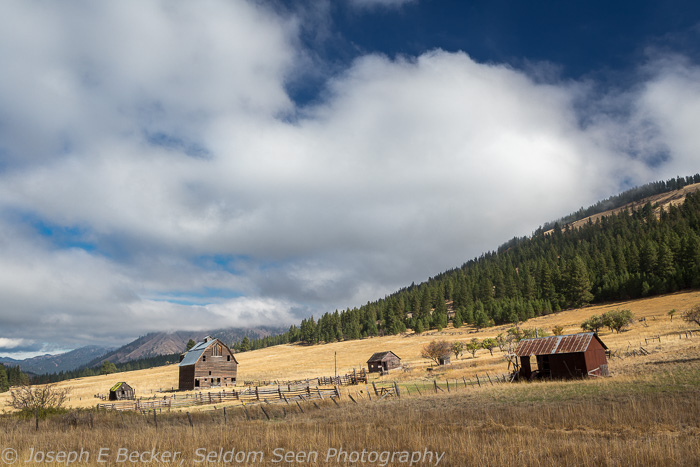 We stopped briefly on the way to Leavenworth, south of Blewett Pass, to photograph this old barn. 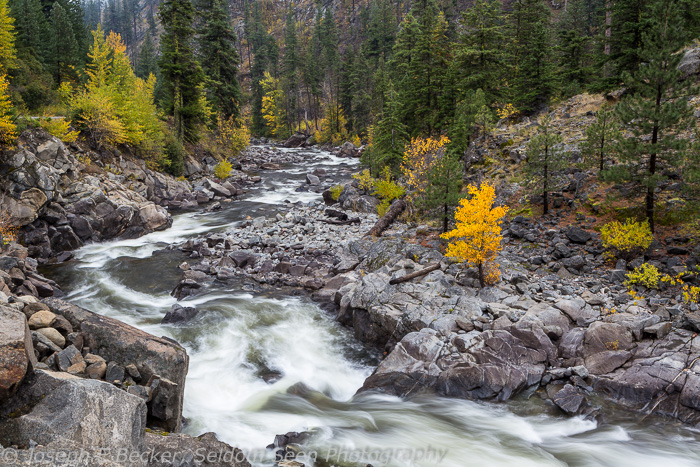 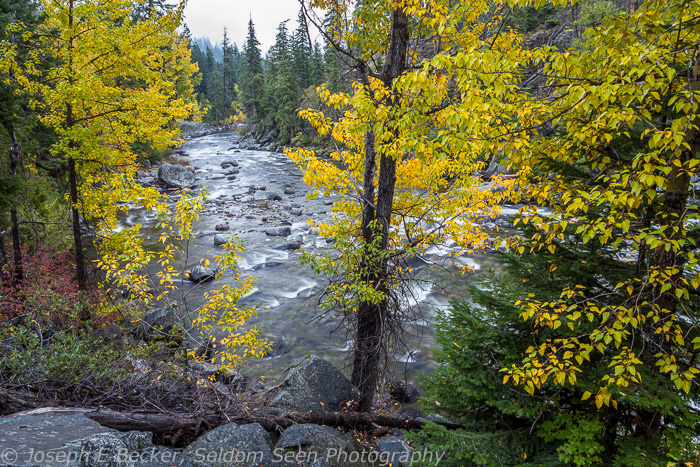 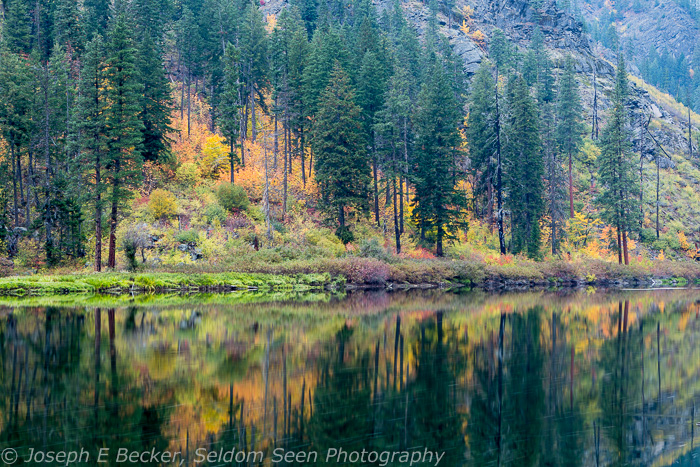 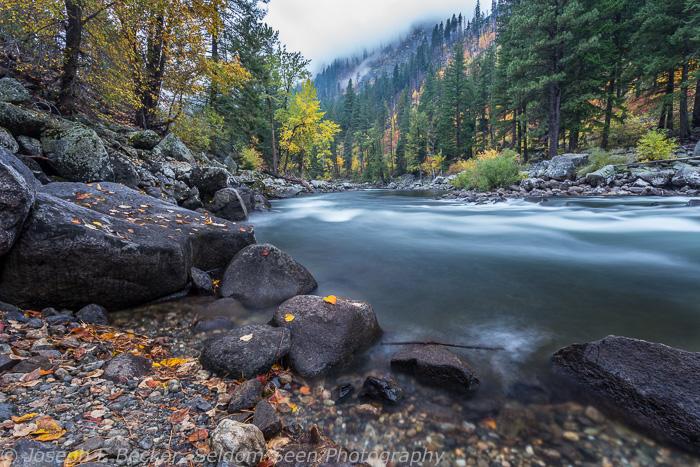 Along the Wenatchee River 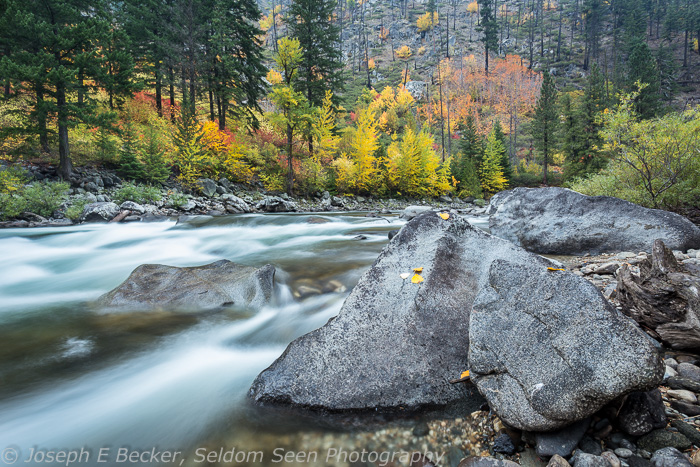 More along the Wenatchee River in Tumwater Canyon 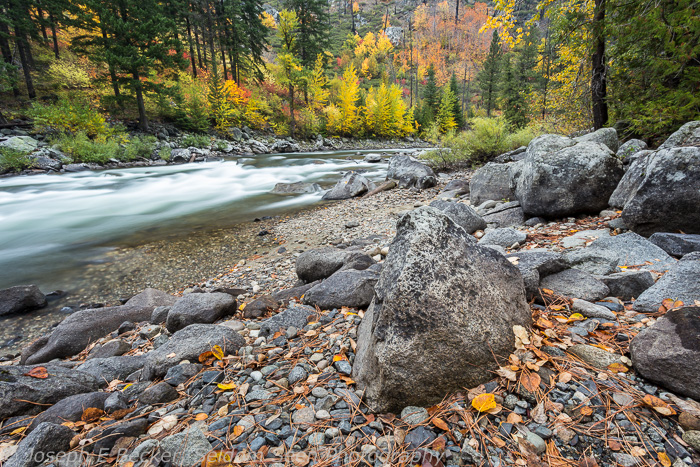 Another shot of the Wenatchee River 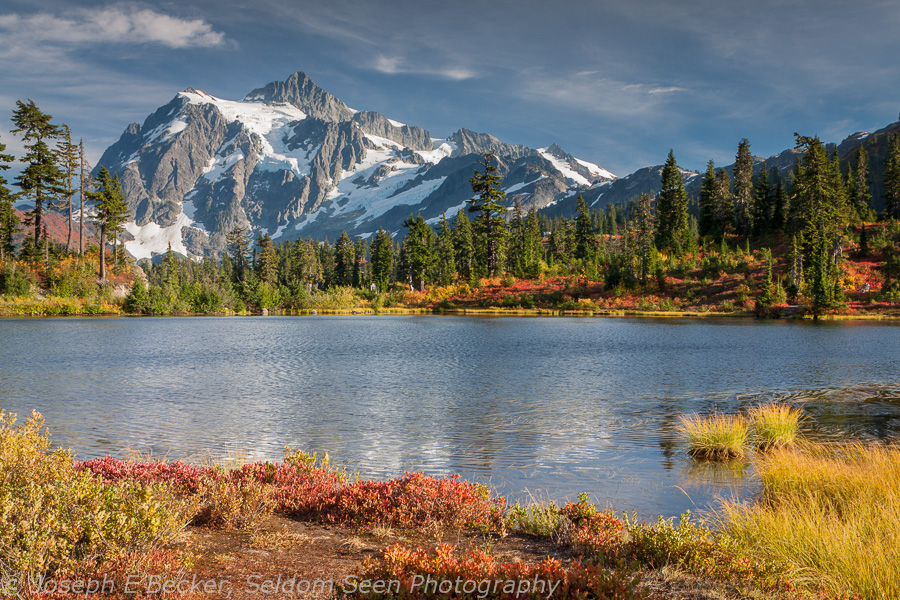 I went with a friend and my trusty dog Carson (just over two weeks ago) to Heather Meadows at the end of the Mount Baker Highway (in a earlier post, I gave a Quick Shot from the trip). The fall colors were fantastic, as I hope these images show. Want to go for the colors? You may be too late. The fall color season was short at Heather Meadows this year (though it’s probably short most years). A trail report on the Washington Trails Association websitedidn’t mention fall colors on September 30th, nor did the accompanying photos show much.  And as of October 22nd, according to the US Forest Service website, all the Heather Meadows trails are now snow-covered, the lakes have started freezing over, and the road is gated at the ski area’s upper parking lot – a good distance below Artist Point were about half of these photos were taken. Winter has come to Heather Meadows. Fall lasted about 3 weeks.

Though on the Mount Baker Highway, the real star of the Heather Meadows area is Mount Shuksan. The view of Mt. Shuksan from Picture Lake (the featured image above) is one of the most photographed scenes in Washington State. Unfortunately, when we were there, there was a breeze, ruining the reflection in Picture Lake, but it still made a great scene.

Besides Picture Lake, we drove up to the end of the highway at Artist Point and did the short hike along Artist Ridge. Again, Shuksan is the star here – though the view of Mount Baker is good too. We were there in the afternoon (and later, at sunset), and the light was much better on Shuksan than Baker. I venture that Baker looks better in morning light (but with a 5+ hour drive from Tacoma, I wasn’t about to get there early).

Unlike the northeastern United States, the Northwest is not know for its autumn colors. This is not surprising, considering the primary tree cover in the Pacific Northwest is composed of firs, pines, and other evergreens. But, there are some spots where fall color can be found. The Heather Meadows area is one – you just have to be quick to see it. 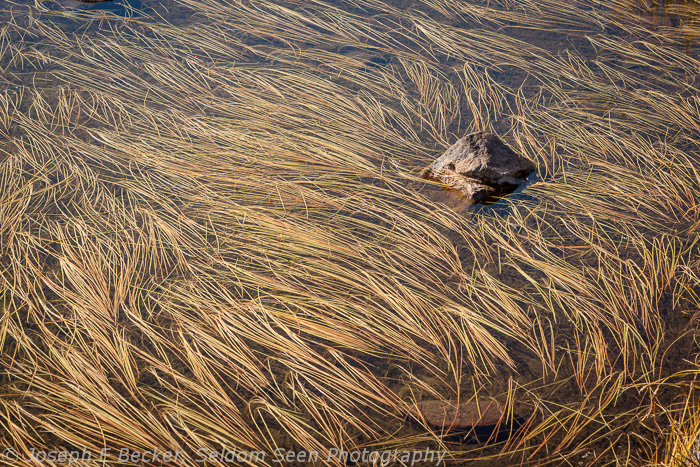 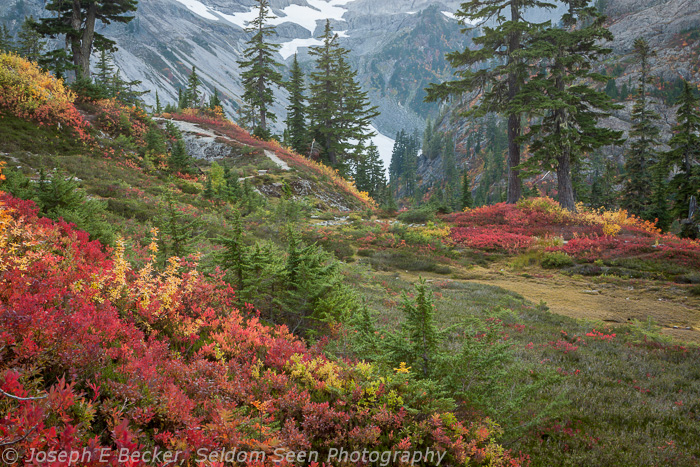 Fall color along the Mount Baker Highway below Artist Point 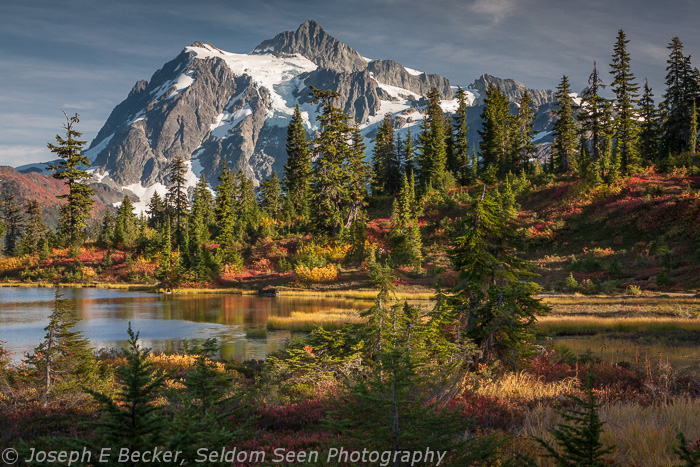 Another shot of Mount Shuksan at Picture Lake 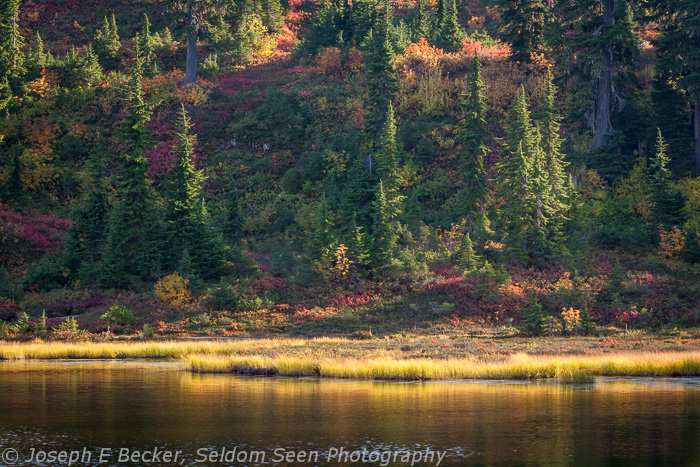 Color along the Picture Lake shoreline 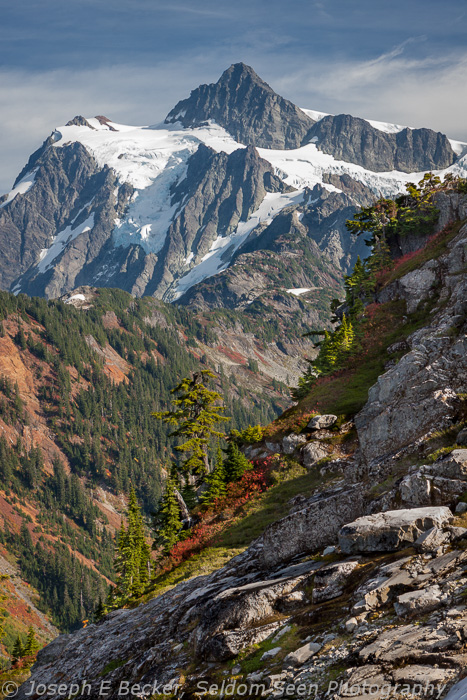 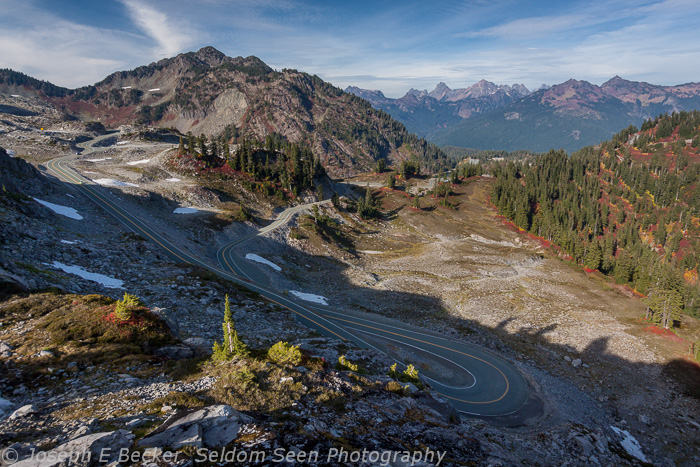 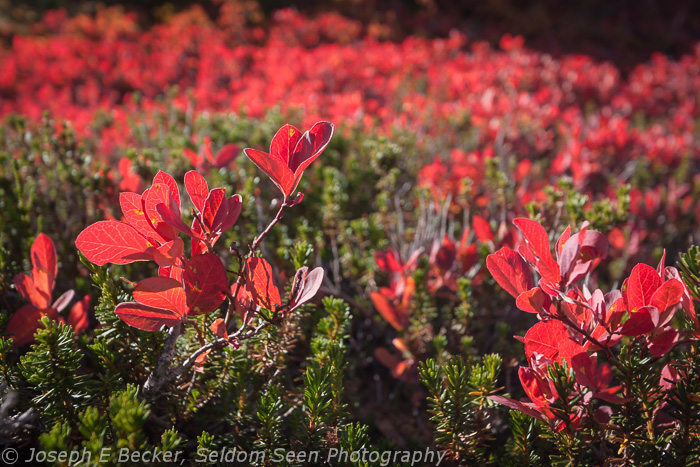 Close up on red huckleberry leaves – I love how the backlighting brings out the color. 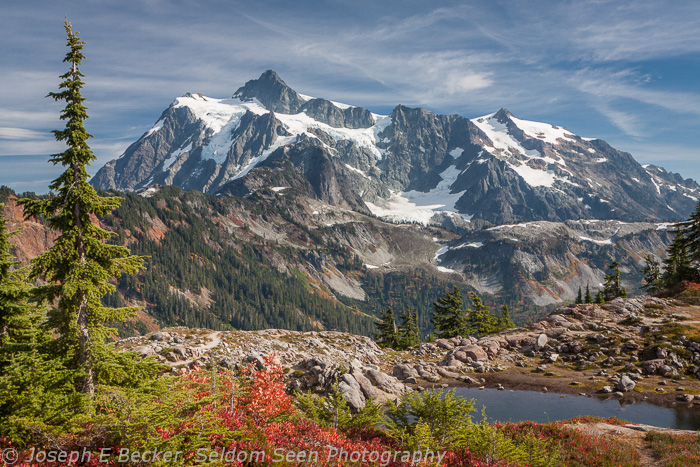 Mt Shuksan from the end of the Artist Ridge trail 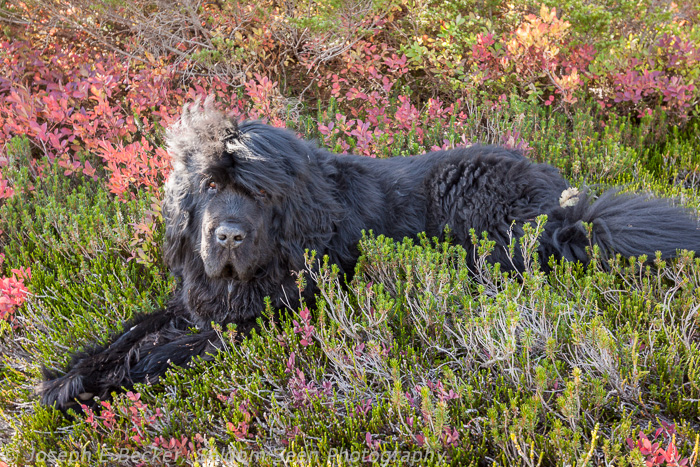 Carson hanging out, enjoying his hike 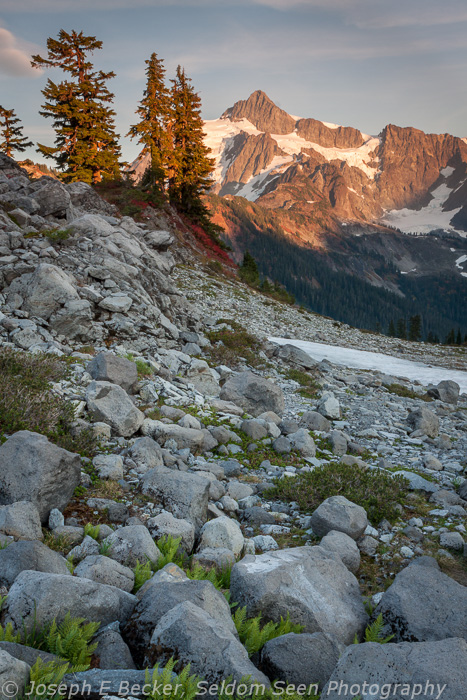 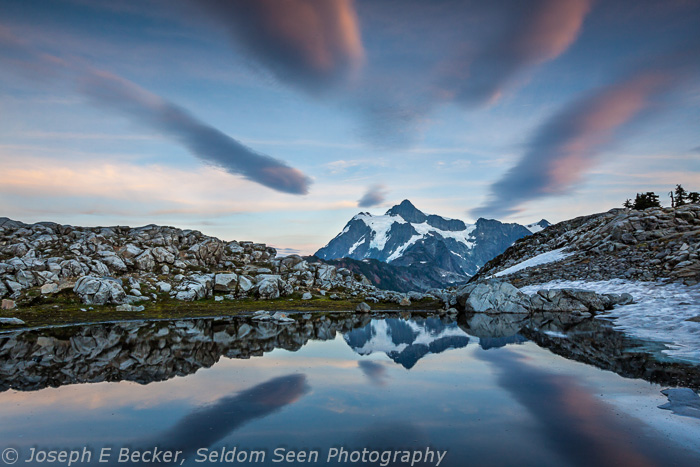 It’s impossible not to point the camera at Mount Shuksan. Even the clouds point to at it!