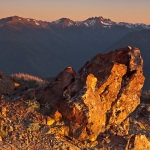 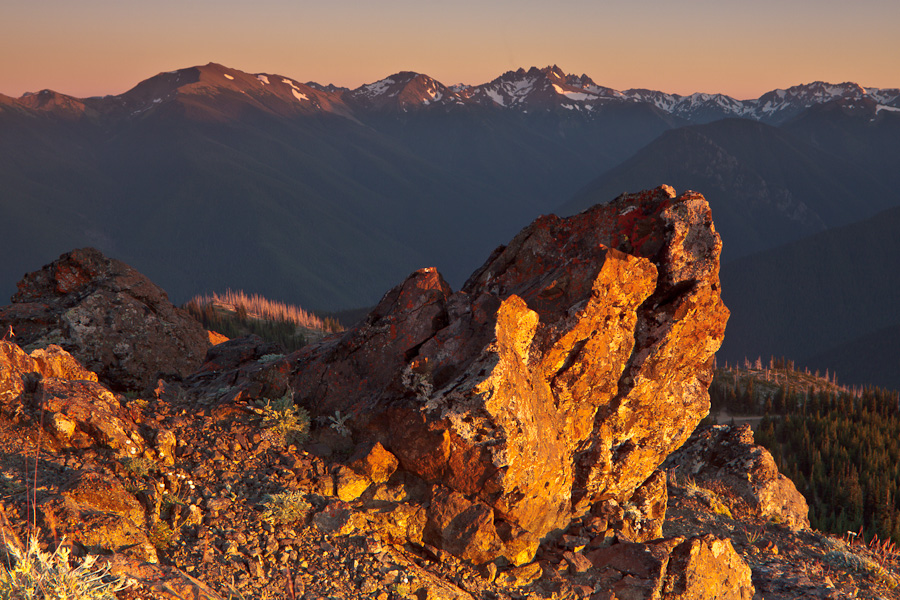 Mountain blues? Well, lots blue sky maybe. In fact, the only thing to be blue about was the lack of clouds (ever notice how photographers are never happy with the weather – believe me, Tanya has noticed [and has told me so]). So I saw lots of blue. But how about purples, yellows and reds? I saw them too during the three days I spent on Blue Mountain in Olympic National Park over last weekend.

The trip was an official Mountaineers photography outing, lead by my friend and most excellent photographer John Woods. We camped at campground at Deer Park and had great views of the Olympic Mountains without leaving our picnic table. But we did leave the picnic table, to travel the short distance the rest the way up Blue Mountain for sunset and sunrise shots.

Blue Mountain is 6,007 feet high, which may not sound like much, but because its summit is only less than 12 miles from sea level, it seems like it is way up there. It is one of the highest places you can drive to in Washington State (the parking lot is about 170 feet below the summit). The view is incredible – look to the north and see the Straits of Juan de Fuca, Vancouver Island, the San Juan Islands,  the Canadian Cascades, Port Angeles, Sequim, and Victoria, British Columbia; look to the east and see Whidbey Island, Puget Sound, Mount Baker, Glacier Peak, and the North Cascades; and look to the south and west see the Olympic Mountains.

But there was much more to photograph than the view from Blue Mountain. There were lots of wildflowers and animal life (they don’t call it Deer Park for nothing). And there were hikes to take. It was a great weekend – definitely nothing to be blue about. 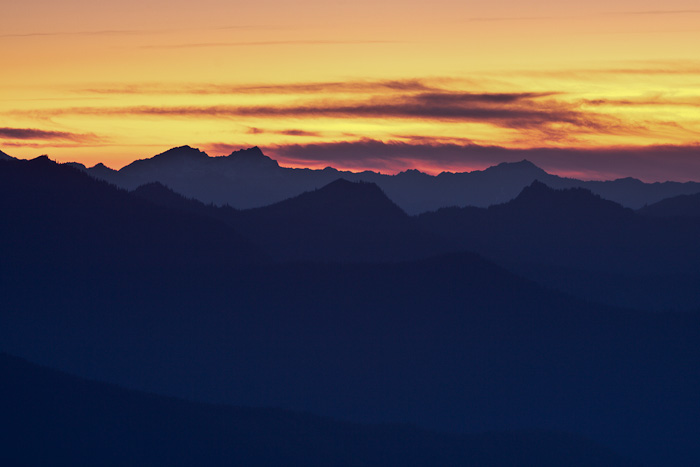 Sunset over the Olympic Mountains 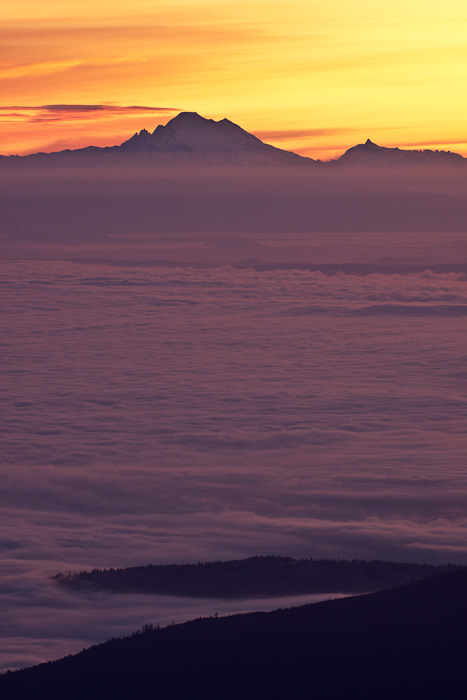 Early morning fog in the low lands and over Puget Sound 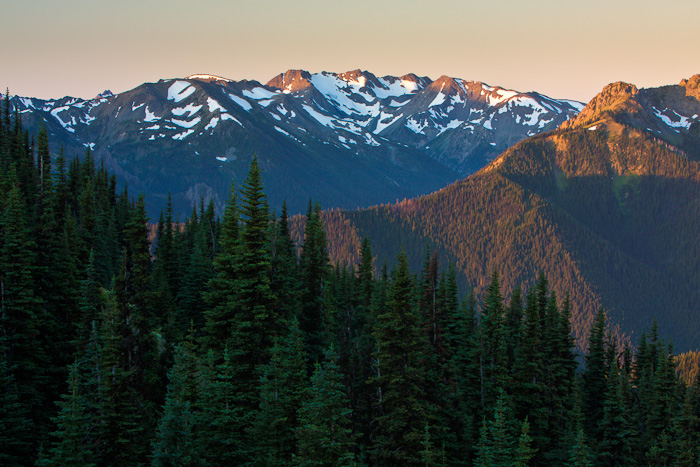 Morning light on the Olympics 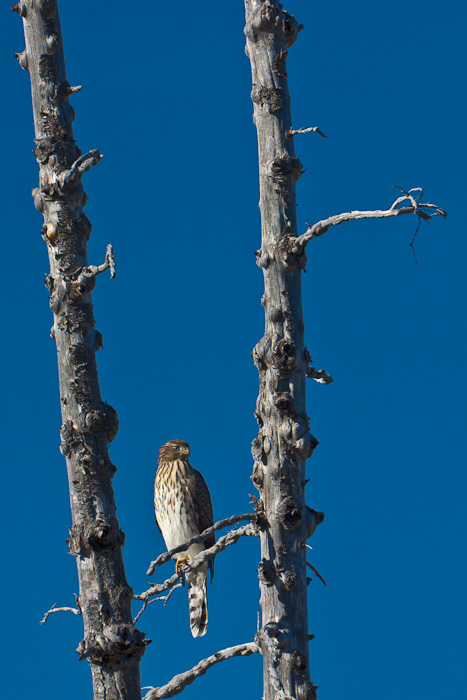 A hawk came to visit our camp 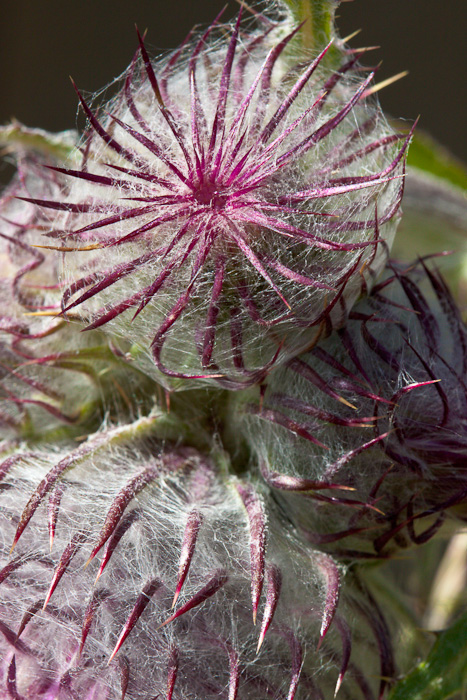 Colorful thistle were abundant in the Deer Park area 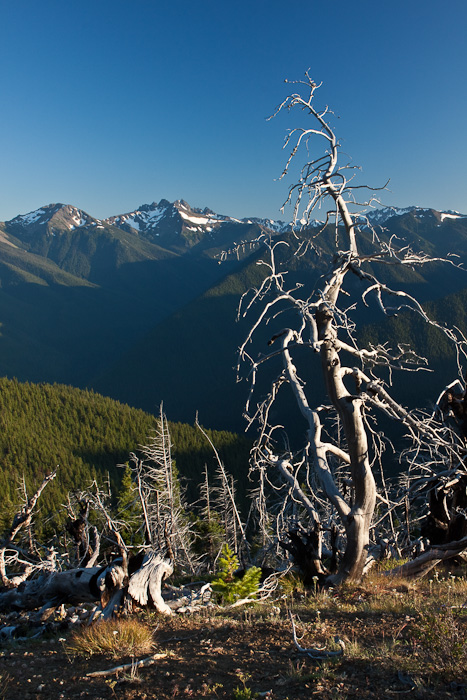 A view from very near our campsite 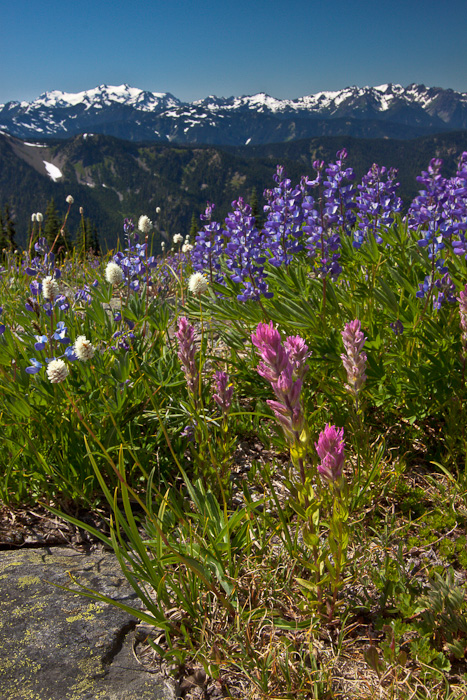 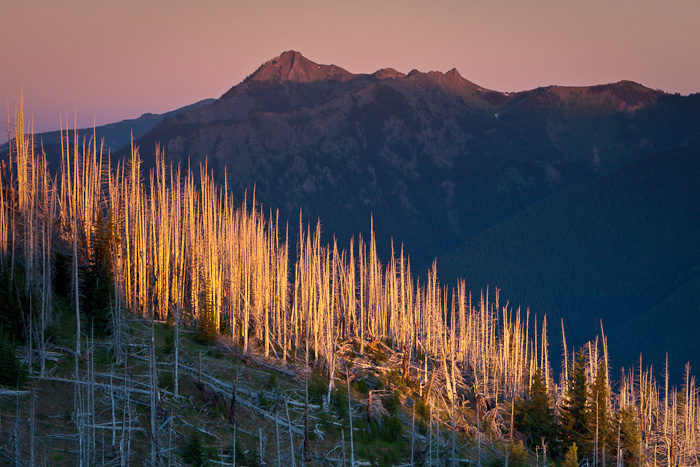 Another view from near our campsite 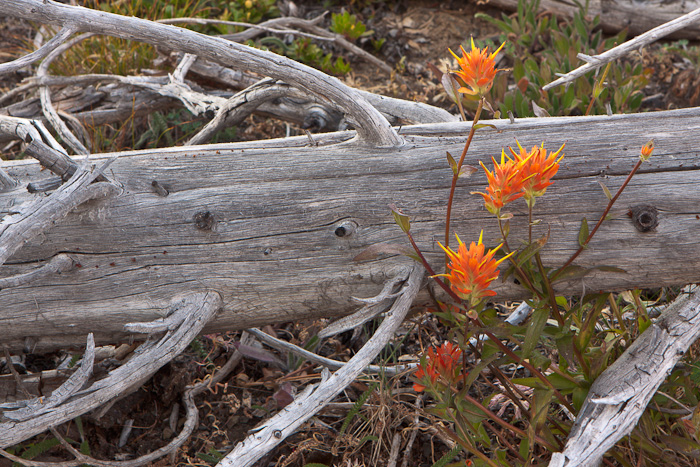