Granada, the Alhambra, and a bit of History 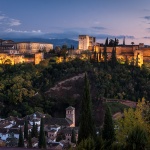 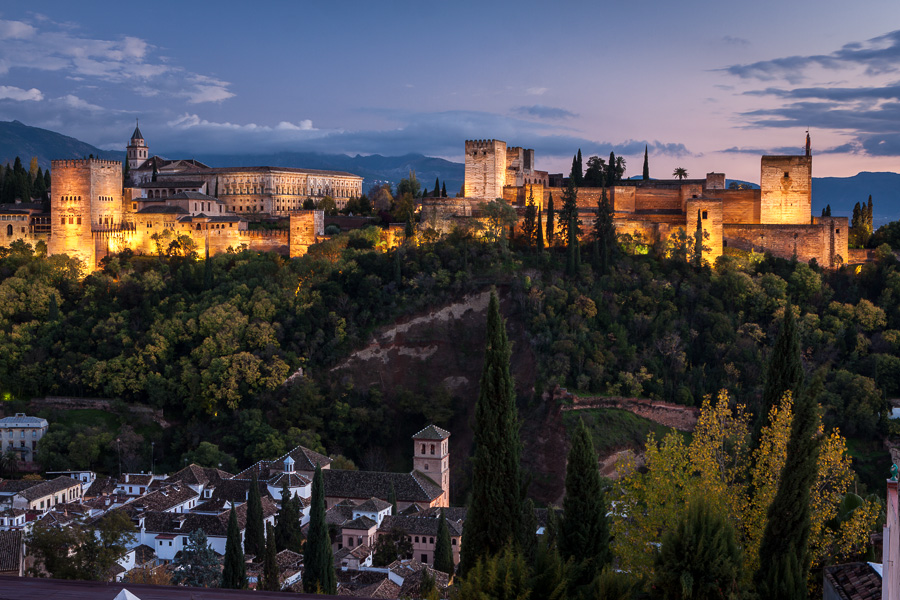 1492 was a big year in Spain. Americans, me included, mainly associate the year 1492 with when Columbus sailed to the Americas. However, here, 1492 is the year the Catholics finally conquered all of Spain from the Moors. The Moors last stand was here in Granada. The Alhambra was the last Moorish palace and seat of power in Spain. Over the prior several hundred years, the Moorish holdings in Spain had gradually been pushed south and east, until finally Granada was the last stronghold. Then in 1492, King Fredinand and Queen Isabella ruled over the conquest of Granada. As was the tradition, they moved their capital to Granada to establish the new seat of power on top of the old (similarly, many churches and cathedrals were built on top of mosques). When the country was finally all Catholic, Fredinand and Isabella also required all non-Catholics to convert (the year being 1492). So you can see, 1942 was a big year for Spain (I apologize to any of my Spanish readers for butchering your history).

One of the big themes in Sevilla was Columbus, who sailed to the Americas from that port. His tomb is in a grand crypt in the Sevilla Cathedral (he is supposedly also buried at two other sites, but Sevillans claim the one in their cathedral is the real one). Here the big theme is the Alhambra, the last stand of the Moors, and the reign of Fredinand and Isabella. Fredinand and Isabella are entombed here, in the Royal Chapel, which we visited yesterday.The Alhambra stands high above the old Moorish section of the town, and the Moorish influence is still heavy today (there are many shops selling goods from north Africa and restaurants with Moroccan food).

The Alhambra is a UNESCO world heritage site, and the most popular attraction in Spain. However, November is the off-season, and when we went yesterday afternoon, it was not too crowded. It is truly an amazing place, and I can highly recommend it. It’s main attraction is the Palacios Nazaries – the Moorish palace; but there are other wonderful sites as well, including the Alcazaba (the fort), Charles V’s palace, the Generalife Gardens with the Moorish summer palace, and the Partal Gardens. 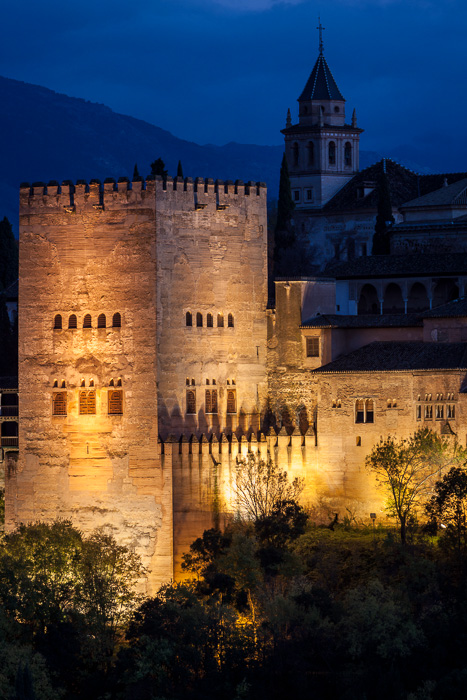 A closeup on the Alhambra at night.

Arches inside the Alhambra

A courtyard in the Alhambra 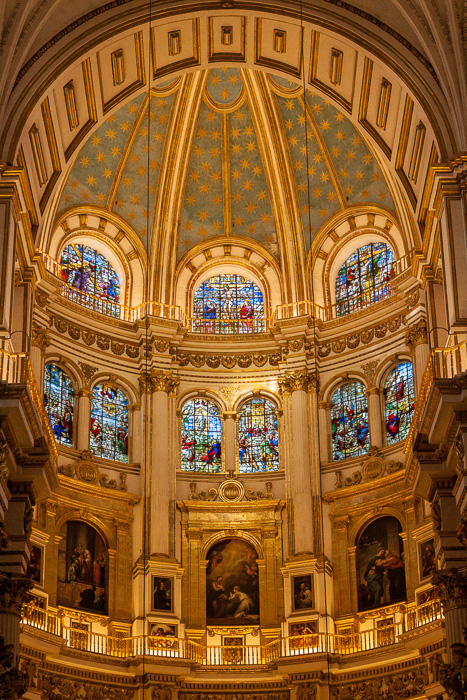 The dome above the altar in the Granada Cathedral

Shopping street in the Albayzin, the old Moorish section of Granada

Olives in a street-side shop