Dungeon of Spit – a Photography Guide to Dungeness Spit 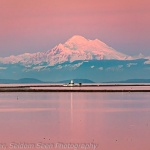 When my children were young, they liked going the Dungeness Spit, though my son liked to call it the “Dungeon of Spit.” Dungeness Spit is the longest natural sand spit in the world. It juts out into the Straits of Juan de Fuca from the Olympic Peninsula near the town of Sequim, Washington. This location, in the rain shadow of the Olympic Mountains, makes it one of the sunniest places in western Washington (Sequim averages only 16 inches of rain per year while the town of Elwha, about 30 miles to the west, averages 56 inches).  The spit is home to the New Dungeness Lighthouse, the oldest lighthouse in Washington State north of the Columbia River.

The Olympics from Dungeness Spit

A week ago, I lead a group of four Tacoma Mountaineer photographers on a photo hike of the Dungeness Spit. Though I have been there many times, I’ve never made it all the way out to the lighthouse (an 11-mile round-trip hike from the parking lot). So that was the goal of this trip. This is the rare hike in Washington where you can see your destination almost the entire length of the hike. The first half mile is through forest. But from there on, the hike is on the beach and the lighthouse if visible – though seemingly so very far away. But keep walking on the beach, and eventually you will get there.

My friend, Greg Vaughn, who wrote the book on Washington, mentions Dungeness Spit in his book, but says it doesn’t offer much for nature photographers. I usually agree with Greg, but here I beg to differ (at least if you like lighthouses and mountains). On a sunny day, with the Olympics and Mount Baker out, the spit offers great views. Though it does help to have a fairly long lens to help pull in Mount Baker (and the lighthouse if you are not close). On this trip, mainly used my 28 – 300mm zoom.

Mount Baker and drift wood on the spit.

Dungeness Spit is part of the Dungenss National Wildlife Refuge. There is a $3 entrance fee payable at the trailhead. The trailhead is accessed through the Dungeness Recreation Area, a park run by Clallam County. The refuge is open daily from sunrise to half an hour before sunset (though we didn’t make it back until a little after sunset and no one bothered us about it). Half the spit – the half facing Dungeness Bay – is closed to public access to allow the birds a safe haven. So all the hike is on the Strait of Juan de Fuca side, which has bigger waves and less drift wood. The final half mile of the spit, past the lighthouse, is also closed. For much of its length, the spit is only 100 to 200 feet wide (less at high tide, more at low tide). After the walk through the forest, the hike is all on the beach, which is mostly sandy at low tide. At high tide, much of hike is on cobbles and large gravel instead of sand. The spit is a popular hike, and it can be difficult to not get other hikers in your photographs when looking up or down the beach. However, by getting up off the beach into the drift wood, the drift wood can be used to hide people walking on the beach.

To prominently show the lighthouse in your images, you will have to walk at least several miles. However, my favorite view of the lighthouse is actually from a small viewing platform just above the beach where the trail exits the forest. Here the lighthouse is placed directly in front of Mount Baker, and with a long lens, you can get a good shot of it looking small and isolated, alone and practically in the sea in front of the mountain (see featured photo above).

Besides the views of the mountains and lighthouse, Dungeness Spit offers photographers abstract shots of driftwood, shells, rocks, waves, etc. Being a wildlife refuge, there is also lots of birds. Bald eagles are very common, as are many waterfowl (just remember to stay on your side of the beach). One hiker we met said they had seen coyotes on the spit, and I’ve often seen sea lions and seals just off shore. 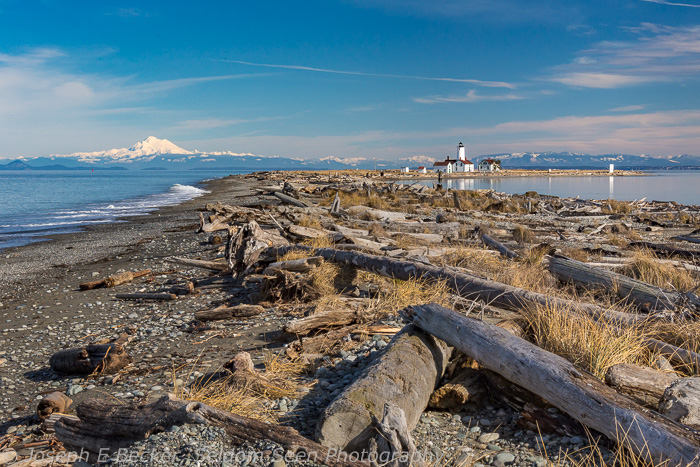 At some locations on the spit, you can get Mount Baker and the lighthouse in the same frame. 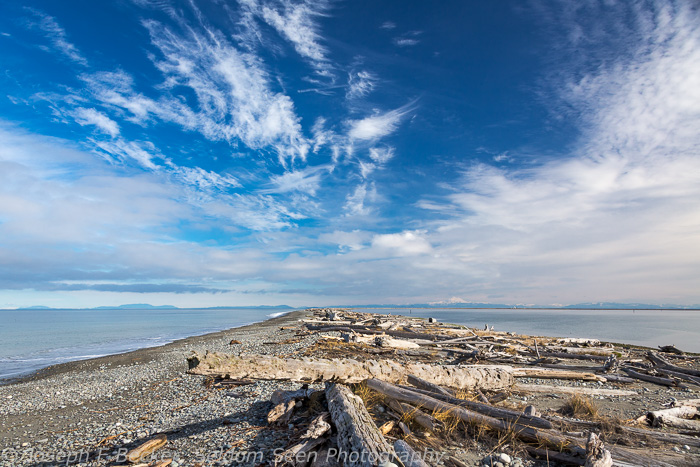 Dungeness Spit is long and thin. With a wide-angle lens, the lighthouse and Mount Baker are barely visible.

View of the Dungeness Lighthouse from near the lighthouse grounds.

The lighthouse reflecting in Dungeness Bay, the Cascade Mountains in the background.

My photo buddies photographing inside the lighthouse tower. 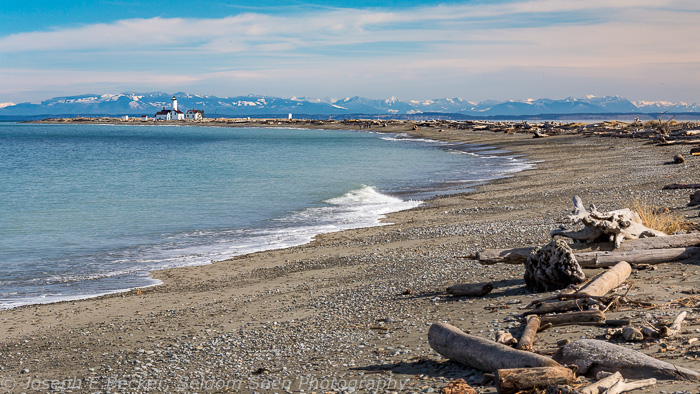 The spit is straight for most its length, but near the lighthouse it changes direction forming a nice curve leading into the lighthouse. 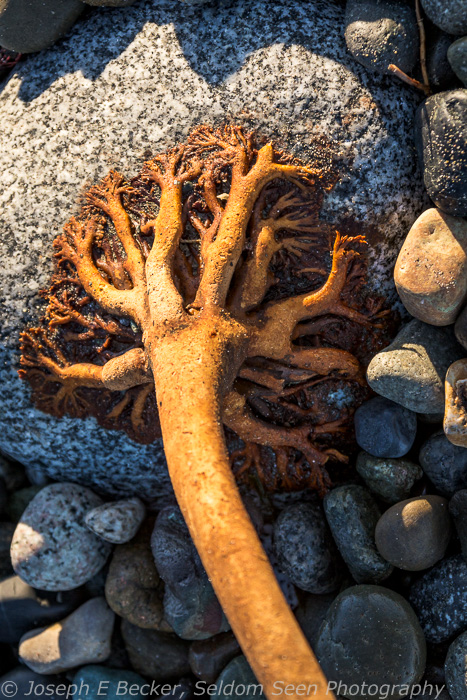 Close up on kelp roots attached to a beach rock. 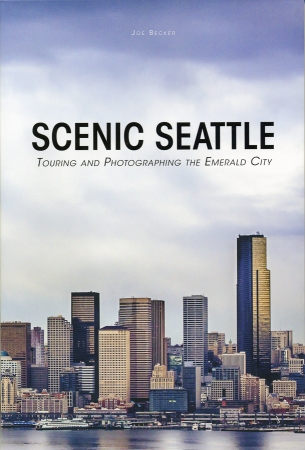 I just wanted to let you know that I will be speaking at 7 p.m. at the University Place library about my book, Scenic Seattle. I’ll be discussing how I turned my personal project into a published book, showing photographs of Seattle (including some that did not make it in the book), and answering any questions about photography. Here’s a flyer from the library about the talk. So if you are in the area, come by and say hello.

The library is located at: 3609 Market Place W, Suite 100, University Place, Washington. There is parking available both in front of the library and also in the parking garage underneath the library off of Drexler Drive behind the library building.

UPDATE: the talk tonight was just cancelled because of the weather. I’ll let you know when it is rescheduled.